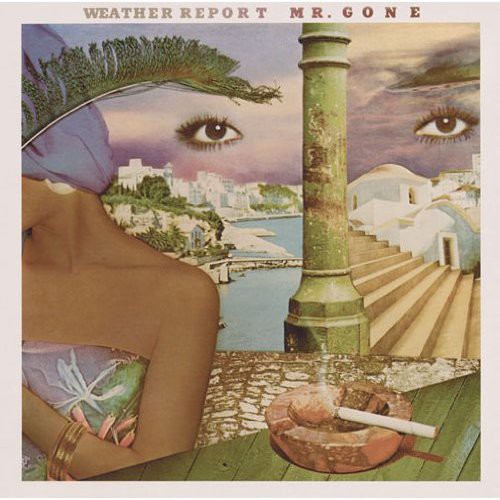 Weather Report reached a new commercial peak with 1977’s “Heavy Weather.” The progressive jazz stalwarts embrace of tight arrangements and hooks didn’t rein in their experimentalism – it provided the frame the music needed to reach a broader audience. For this the album was celebrated in the pages of jazz gatekeeper Downbeat.

Next year’s “Mr. Gone” saw the band blending the commercial and the challenging in a way that opened up its music as never before. It’s an album of shifts – some subtle, some not-so, but all with an overriding logic and sense of sonic joy. For this the album was beaten like a rented mule in the pages of jazz gatekeeper Downbeat.

The possibility that “Mr. Gone” might bring the great unwashed into Downbeat’s pristine jazz sanctuary had the reviewer sounding like a NIMBY neighbor getting the vapors over a public housing project. After all, if Weather Report had taken progressive jazz out of the clubs and into the arenas, they must have compromised all over themselves in the process, right?

“The Pursuit of the Woman With the Feathered Hat” opens the disc all moody and sinister; the synth figure at 0:22 could soundtrack an interrogation scene on a reboot of “The Prisoner.” The song then twists and turns its way gracefully toward the light with the help of some spirited, wordless vocalizing. Jaco Pastorious’ “River People” follows, maintaining the exuberant mood with a loping groove and occasionally queasy synth lines.

“Young and Fine” likely veers too far into R&B for listeners with purist tendencies but it’s their loss. Wayne Shorter’s meaty tenor weaves around Zawinul’s synth squiggles rooted in an earthy groove. Shorter’s “The Elders” restores the setting to the wider galaxy, as does Side Two opener “Mr. Gone,” sounding like another dimension’s detective show theme.

Pastorious’ “Punk Jazz” crams an album side’s worth of ideas into a tight five-minutes. Shorter’s “Pinocchio” does something similar in half the time. Zawinul’s “And Then,” the album’s closer, begins with meditative organ before swinging into an easy-going groove featuring backing vocals by Deniece Williams and Earth, Wind and Fire’s Maurice White.

The division between challenging and commercial music is a false one and “Mr. Gone” is Weather Report’s sweet, swinging and undeniable proof. 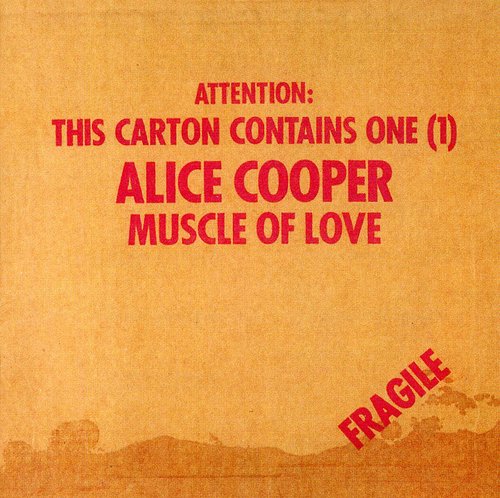 Alice Cooper (the band) strode into 1973 as conquering heroes. New album “Billion Dollar Babies” gained pre-release momentum from first single “Elected,” released during the previous fall’s presidential campaign. The album and subsequent tour were the Coop’s most ambitious yet, and record and ticket sales were magnificent.

By the end of the year, though, the group was in tatters. Alice Cooper (the singer) had one foot out the door toward a solo career, lead guitarist Glen Buxton’s alcoholism had rendered him all but useless, and the entire outfit was exhausted.

It was in this sad state of affairs that the original Cooper group recorded and released its final album, “Muscle of Love,” in 1973. Alice gamely touted it as a return to raw rock ‘n’ roll but the consensus seemed to be that the album simply proved the band had passed its peak.

True enough, “Muscle of Love” can’t hold a candle to the group’s previous four albums – “Billion Dollar Babies,” 1972’s “School’s Out” and 1971’s one-two knockout of “Love It to Death” and “Killer.” Still, especially for a band in such disarray, “Muscle of Love” has enough spark to earn its place in Cooper’s canon.

“Big Apple Dreamin’ (Hippo)” and “You Never Sold Me Before” sport guitar riffs as big and bold as anything on the band’s previous albums. Sex permeates the lyrics more than previously, but in typical Cooper fashion – the former number celebrates sex clubs, the latter is from a prostitute’s perspective.

“Hard Hearted Alice” is the album’s most intriguing number and features one of Cooper’s best vocal performances as it shifts from nightmare carnival theme to a tough, assertive groove.

Side two also comes out swinging with “Working Up a Sweat” and the title track, adolescent sex jokes housed in joyously nasty riffage.

So, not a knockout, but far more solid than you’ve been led to believe. Credit the band for putting whatever life it had left into the record’s grooves. 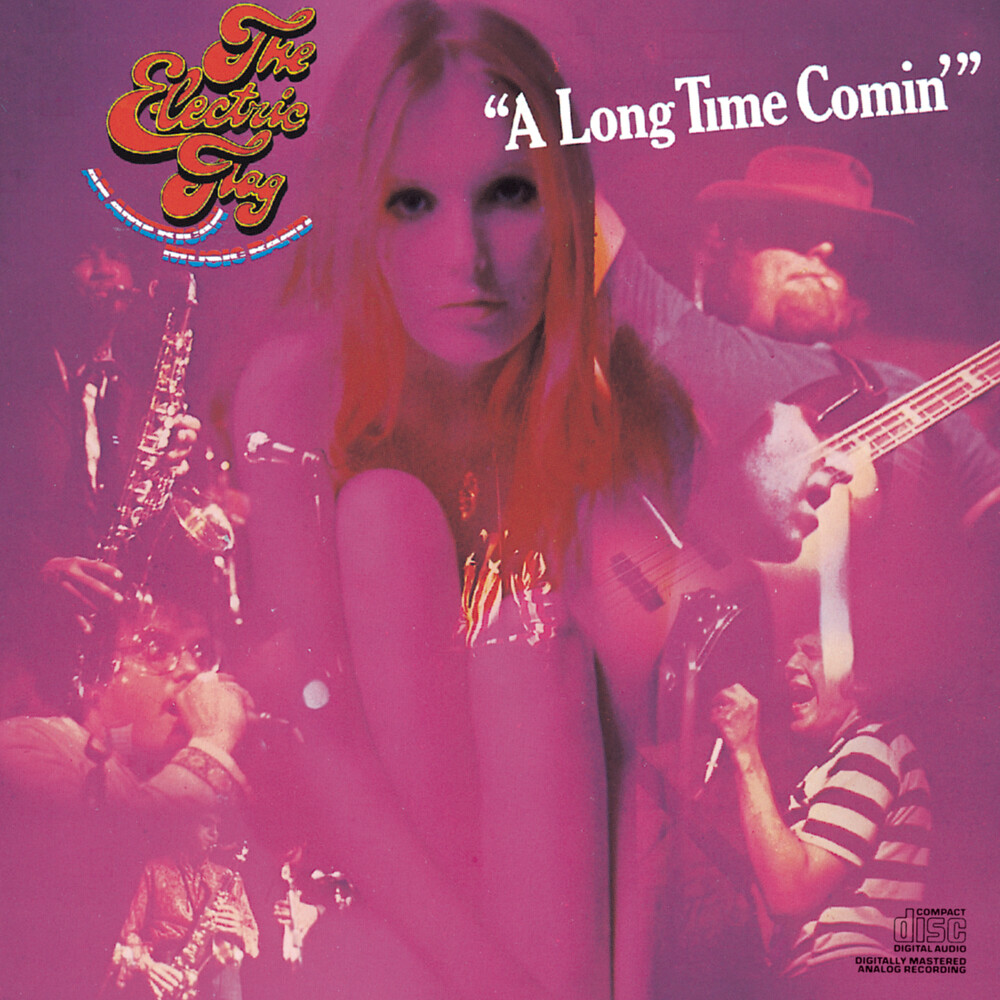 The Electric Flag brought to life guitarist Mike Bloomfield’s concept of “An American Music Band.” The music contained on the original lineup’s only album seamlessly blends blues, soul, jazz and rock (informed by but never beholden to psychedelia) to create music that’s both adventurous and listener-friendly.

It’s easy to imagine tracks such as “Groovin’ Is Easy” or “Sittin’ in Circles” conquering AM radio’s top 40, while experimental cuts such as the mournful “Another Country” sound like staples of progressive FM radio playlists.

Instead, the band splintered almost as soon as the album was released. Bad luck, bad timing, hard drugs and big egos all played their parts, ensuring this gem of an album never found its audience – a shame because 50-plus years later it still sounds fresh, engaging and powerful.

The album begins with the voice of then-president Lyndon Johnson intoning about “the dignity of man,” followed by raucous laughter and a flurry of horns before the band kicks into a hard swinging take of Howlin’ Wolf’s “Killing Floor.”

A powerful horn section drives the song while Bloomfield unleashes short, stinging guitar runs. At the time, Bloomfield was the American guitarist most capable of putting those English six-string hotshots in their place. His sound was muscular and authoritative but always tasteful. As fantastic as his playing is throughout “A Long Time Comin’,” Bloomfield keeps things tight, never overstaying his welcome.

In fact, the album’s most frustrating moment comes at the end of “She Should Have Just,” which fades out as Bloomfield’s solo is gathering steam. (Someone please tell me there’s an unedited version of this cut and how to get it.).

Happy endings were in short supply for the Flag. Bloomfield’s bad habits did him in by 1981. Miles did a stint in prison, sang lead for 1980s marketing atrocity The California Raisins and died age 60 in 2008. For the 40 minutes of “A Long Time Comin’,” though, the Flag unfurls its claim to short-lived greatness.