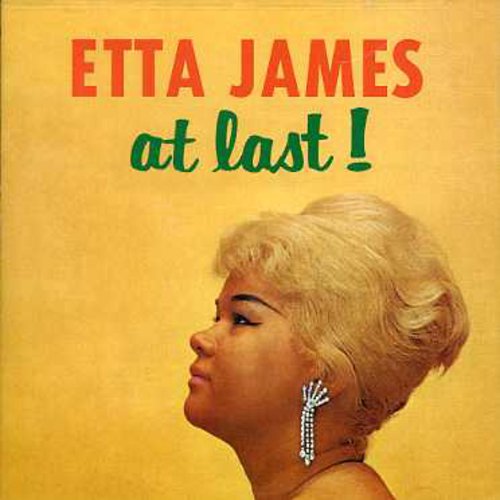 This expanded, remastered edition of Etta's all time biggest hit album replaces the original CD/cassette reissue version and improves on that package in several ways: amazingly better sound, the addition of the 4 duets that Etta cut with Moonglows lead singer Harvey Fuqua and updated liner notes and credits to include information unavailable since the last reissue. Etta is touring blues festivals this summer!

''At Last!'' is the debut studio album by American Blues artist, Etta James. The album was released on Argo Records in 1961 and was produced by Phil and Leonard Chess. The original release contained four of James's hits on the Rhythm and Blues Records Chart between 1960 and 1961. It was her first of five studio albums James would release on the Argo label.