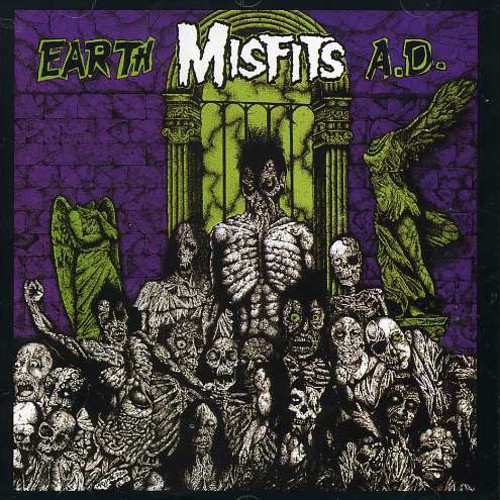 ''Earth A.D./Wolfs Blood'' (usually just called ''Earth A.D.'') was the last album the American hardcore punk band The Misfits recorded with Glenn Danzig. Danzig released it on his Plan 9 label in December 1983, two months after he played his last concert with the band. It was noticeably harder and faster than their previous releases. The themes were also quite darker than the previous releases, featuring often gory and demonic lyrics.

Originally released as a 9 song LP, it was later issued with the three tracks of the Die, Die My Darling EP incorporated into the track listing.

Glenn Danzig has said that the tracks "Bloodfeast" and "Death Comes Ripping" were originally intended for Samhain's first release, but were added to what would be the Misfits' final record in a last-ditch effort to save the band.

Metallica covered "Die, Die My Darling" for their 1998 cover album ''Garage Inc'', as well as "Green Hell", which was originally covered by Metallica for their 1987 album, ''Garage Days Re-Revisited'', as part of a medley with "Last Caress". British extreme metal band Cradle of Filth covered "Death Comes Ripping" for their 1999 release From the Cradle to Enslave. - Wikipedia