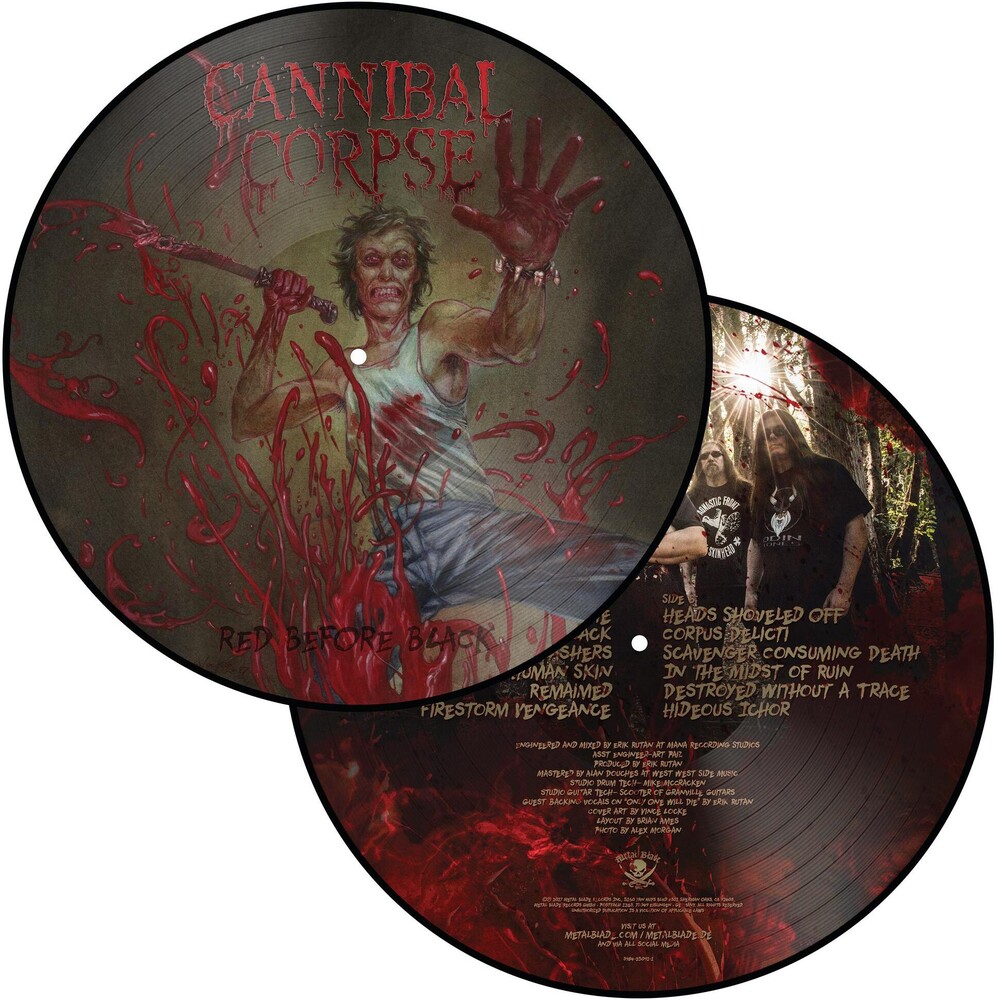 Picture disc pressing. In 2017 death metal veterans Cannibal Corpse returned with their fourteenth full-length slab, the monstrous Red Before Black. Setting the standard for compelling music that is equally brutal and complex, it finds the band offering up another killer collection that stands out from their catalog. "We always try to make our music aggressive, but where an album like A Skeletal Domain (2014) was definitely aggressive, it has a targeted refinement that the new album doesn't. Red Before Black is as well executed as anything we've done, but it has a rawness to it that we haven't had in a long time," asserts bassist Alex Webster. "We really worked super hard crafting these songs, practicing them, and getting them where we wanted to be more so than on any of our previous albums," adds drummer Paul Mazurkiewicz. "And as Alex said, musically I think it's the most raw sound we've had - and at the same time I think it's our most focused, tightest and catchiest record."