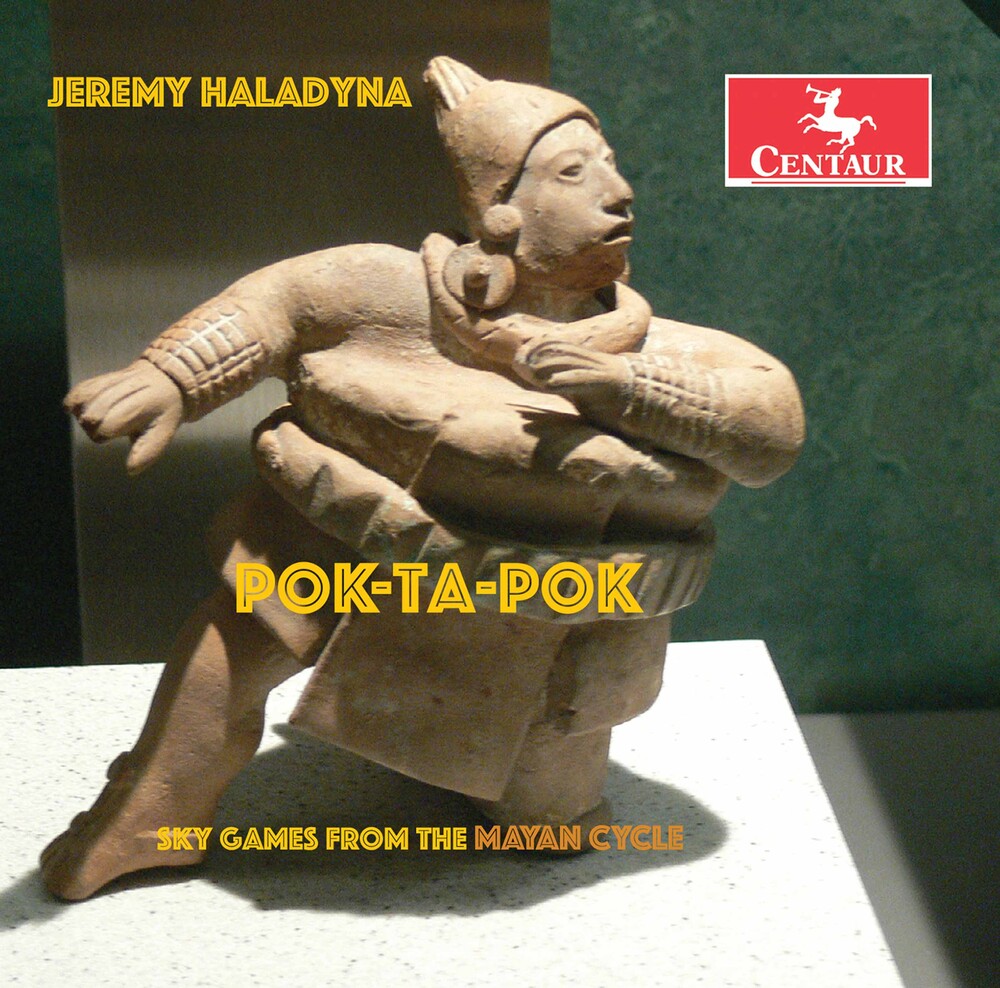 For the pre-Conquest Mayans, sport was religion. The ballgame concerned the role of man in the Cosmos, as well as the greater scheme of Creation and the gods. It was the only place where puny humans stood a fighting chance. The music on this release comes from Jeremy Haladyna's Mayan Cycle. Eleven trips to the Mayan region and an investigation of more than 30 years into Precolumbian thought have indelibly marked and changed the work of this U.S.-born composer. Haladyna's Mayan Cycle now stretches to over 30 highly distinctive pieces, including such titles as Zaquico'xol, El Llanto de Izamal, The Maya Curse Pedro de Alvarado, Pok-ta-Pok, 2012, The Oracle of 13 Sky, Copal, and the Jaguar Poems.