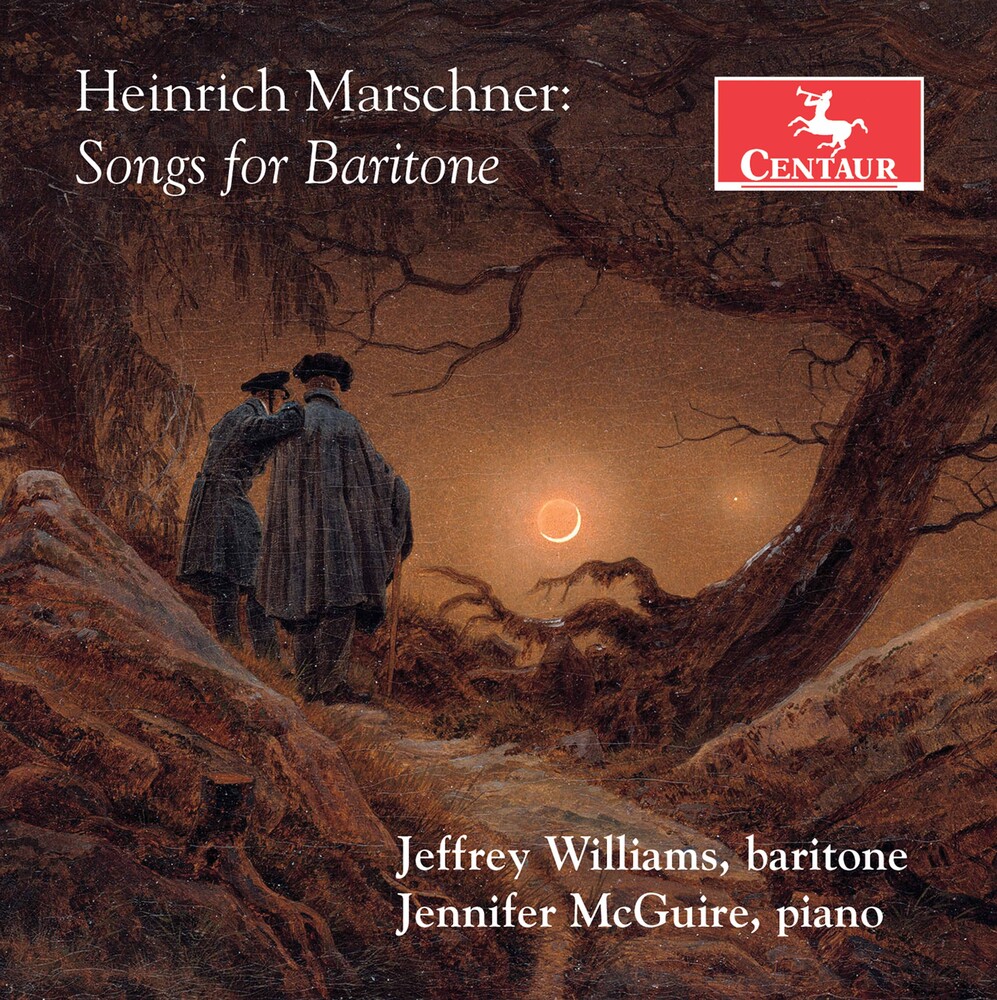 If German Romantic composer, Heinrich Marschner (1795-1861) is remembered today, it is for his dark, supernatural operas. Each of these operas happens to feature a baritone in the title role, which was quite unusual for the time. He also composer 420 songs, and a shockingly large number of them were composed specifically for baritone. This recording demonstrates how masterful Marschner truly was in composing for baritone. Jeffrey Williams has been hailed by Baltimore Sun, as "very likable, a winning performance sung with much confidence, phrasing everything stylishly," by Miami Herald as possessing a "commanding, sizeable, effortless, manly baritone" and by Opera News as a "versatile, fearless performer." Williams has received numerous awards including an Arleen Auger Memorial Fund Study Grant, the Cynthia Vernardakis Award at the Orpheus National Voice Competition, a Metropolitan Opera National Council Auditions Mid-South Regional Finalist, the Baltimore Music Club Prize in Performance, and the George Castelle Award in Voice. He is currently the Mid-South Regional Governor of National Opera Association (NOA), on the Executive Board of the Tennessee Chapter of National Association of Teachers of Singing (NATS), and a member of the American Guild of Musical Artists (AGMA).