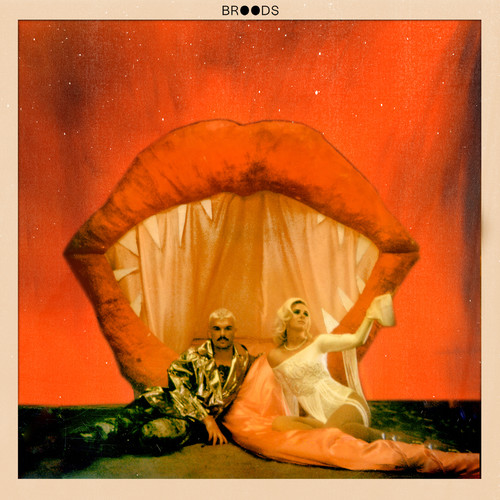 Vinyl LP pressing. 2019 release. Don't Feed the Pop Monster is the third studio album by New Zealand duo Broods. Two singles, "Peach" and "Everything Goes (Wow)", were released prior to the album. After the release of their 2016 album Conscious, both Georgia and Caleb Nott took time off to pursue solo projects before reuniting in 2018, signing a new record deal with Neon Gold Records and releasing the lead single "Peach". Georgia Nott claimed that second single "Everything Goes (Wow)" was recorded in a tree house in Nicaragua: "We were there as part of a writing camp and it was one of the best experiences of our careers. It's about accepting the mortality of everything and finding peace in that." Georgia also stated for the album, the duo's aim was "to make songs that are true to us and without hiding behind any kind of façade".