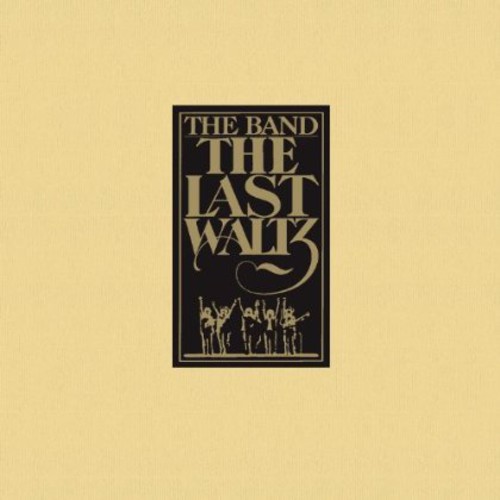 2013 triple vinyl LP reissue. One of the greatest rock concerts of all time, The Band said farewell to touring on Thanksgiving 1976 at San Francisco's Winterland Theater. Joined on stage by all of the biggest names in music, they really hit this show out of the park. An American roots rock band, The Band first found fame backing Bob Dylan. He joins them on this show, as does blues legend Muddy Waters, rock god Eric Clapton, Neil Young, Joni Mitchell, Neil Diamond, Van Morrison, Dr. John, Emmylou Harris and the Staple Singers! Of course, The Band, itself, included Levon Helms and Robbie Robertson! The remastering from the original analog tapes by Chris Bellman sounds phenomenal on these vinyl LPs. You'll fall in love with classics such as "Up on Cripple Creek" and "The Night They Drove Old Dixie Down" all over again.