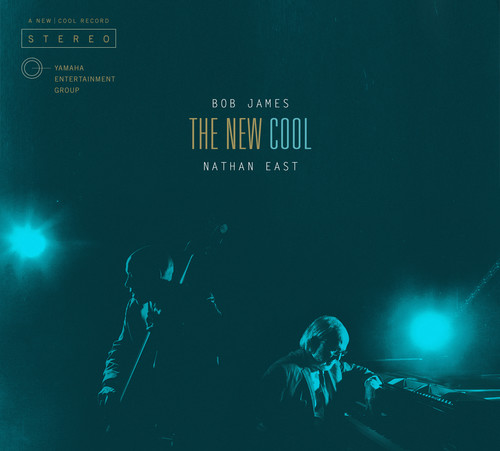 After 25 years of collaboration, Bob James and Nathan East are set to release their debut duo album The New Cool in September on Yamaha Entertainment Group. The New Cool marks new territory for legendary jazz pianist Bob James and bassist Nathan East, who’ve spent decades playing together in contemporary jazz quartet Fourplay but never before as an official duo. “The more I played with Nathan over the course of many live performances and spanning more than 20 years, the more in sync we were whether or not we had the anchor of the drums,” says James. “Something special happens when we only have each other’s notes to play off of, when the music is totally exposed.” Recorded entirely in Nashville, Tennessee, the album is a collection of original material contributed by both James and East, along with a small selection of standards. The duo’s musicianship is laid bare in a soulful reimagining of Irving Berlin’s “How Deep is the Ocean,” while the pair is joined by strings and woodwinds for a surprising take on Willie Nelson’s classic country hit “Crazy.” A two-time Grammy Award-winning jazz pianist, arranger, and producer, Bob James is recognized as one of the original founders of smooth jazz. Long revered in the hip-hop community, James’ compositions are among the most sampled songs in history. Nathan East was 16 years old when he went on the road with Barry White and has spent the last four decades playing with a who’s who of performers, including Quincy Jones, Eric Clapton, George Harrison, Michael Jackson, Phil Collins, Whitney Houston, Beyoncé, Barbra Streisand, and Stevie Wonder. East performed on the 2014 Grammy Record of The Year, Daft Punk’s “Get Lucky.” The New Cool is produced by Chris Gero, Bob James, and Nathan East. It comes on the heels of East’s Grammy-nominated solo debut, Nathan East, also released on Yamaha Entertainment Group.