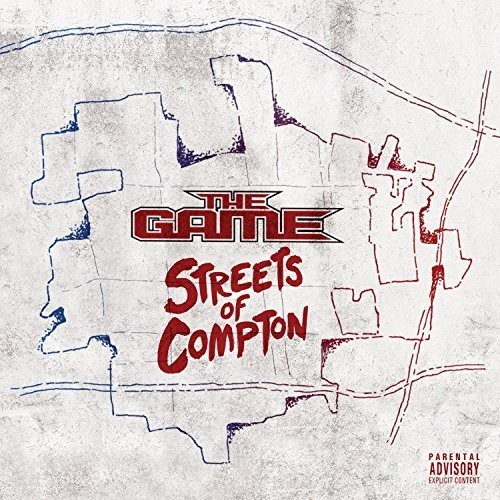 2016 release. Following the success of his star studded chart topping double albums, The Documentary 2 and 2.5, hip-hop artist The Game returns with Street Of Compton and a TV documentary series of the same name. The city of Compton has become a pop culture lightning rod from the musical influences of superstar hip hop artists and rappers like NWA, The Game and Kendrick Lamar telling their personal stories of survival in one of the roughest cities in the nation. But few people know the story of how the city went from a predominantly white, conservative suburb of Los Angeles in the 1950s to ground zero for notorious gangs the Pirus, the Crips and Sureños in the 1980s. Streets of Compton chronicles the city's history and illustrates how the iconic music, culture and style that came out of the area in the 80s and early 90s were influenced by the drugs, gangs and political turmoil of the time. This accompanying 11-track Streets of Compton companion project is a testament to The Game s respect for his hometown of Compton. Authentic, hard-hitting and brutally honest, The Game recruits League of Stars, Bongo among other hip-hop producers and guest features by fellow Compton artists Problem, Boogie, J3, Payso, Micah, AD, Av and more.