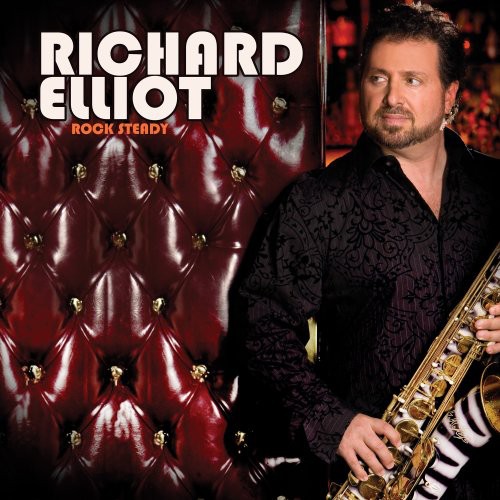 Richard Elliot has a history of picking the right tune and wrapping his signature sax sound around it witness PEOPLE MAKE THE WORLD GO ROUND from Metro Blue, which topped the radio charts for 11 weeks. Now it's time to ROCK STEADY featuring the famed Aretha anthem, as well as first radio single Curtis Mayfield's "Move on Up." ROCK STEADY also boasts appearances by: Gerald Albright, Rick Braun and Jeff Lorber among others.

''Rock Steady'' is the fifth album by American rock band No Doubt, released December 11, 2001 on Interscope Records. The band began writing the album with initial recording sessions in Los Angeles and San Francisco, then traveled to London and Jamaica to work with various performers, songwriters, and producers. Sly & Robbie, The Neptunes, and William Orbit were among the many artists the band collaborated with on the album.

As a result of the many collaborations, ''Rock Steady'' touches on many musical styles. The album focuses more on dub, synthpop, and dance styles. The band attempted to capture the vibe of Jamaican dancehall music, and experimented with writing songs without its standard instrumentation. Singer Gwen Stefani wrote her lyrics quickly in comparison to previous records, and dealt with topics ranging from partying to ruminations on her relationship with Gavin Rossdale.

''Rock Steady'' received mostly positive reviews from music critics, and it was nominated for Best Pop Vocal Album at the 45th Grammy Awards. The album served as a commercial comeback for the band, surpassing sales of its previous offering, ''Return of Saturn'', released in 2000. ''Rock Steady'' spawned four singles, two of which won the Grammy Award for Best Pop Performance by a Duo or Group with Vocal. - Wikipedia