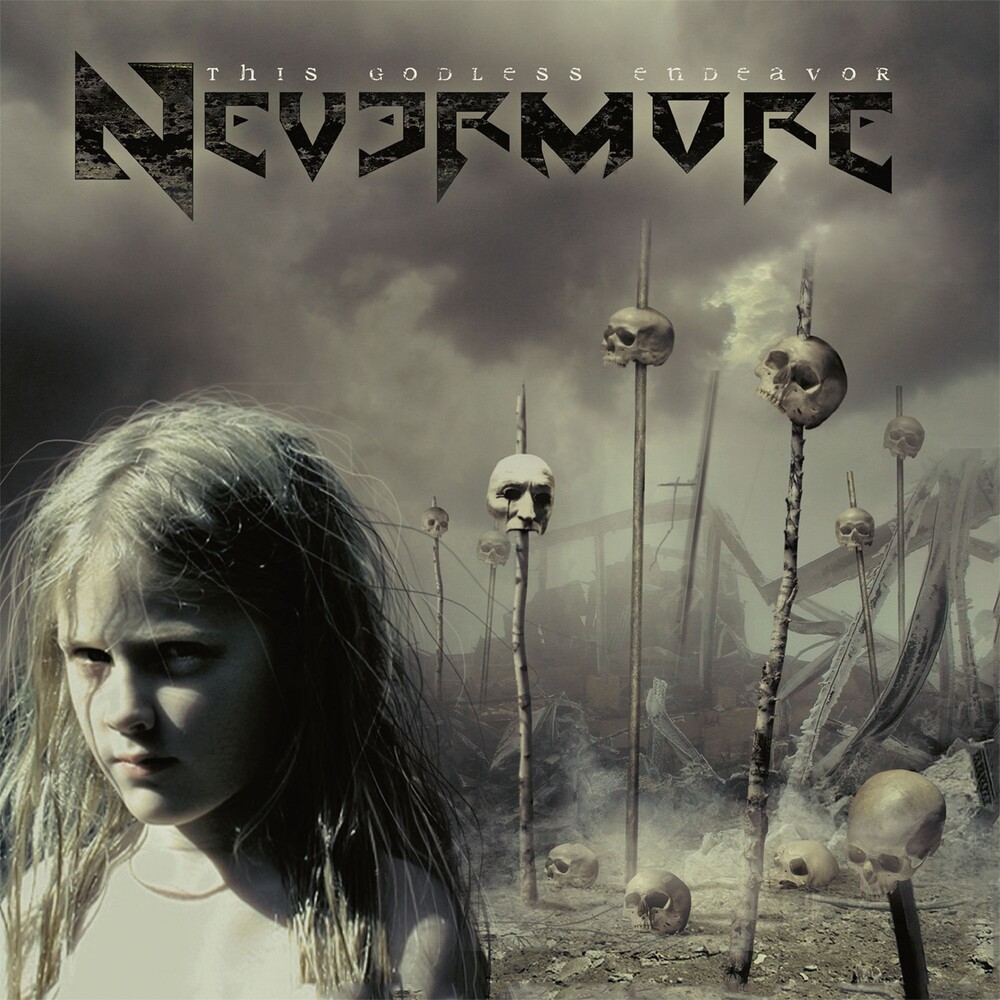 Limited double 180gm vinyl LP pressing in gatefold jacket including CD edition. This Godless Endeavor is the sixth studio album by Seattle-based progressive metal band Nevermore, originally released in 2005. The album was produced by Andy Sneap. Guitarist Jeff Loomis revealed in an interview that This Godless Endeavor is not a concept album but a "topic-to-topic" album, with all the songs dealing with "real life issues" that can "allegorically refer to the loss of identity, the system that we roove in, the meaning of life, the denouncement of God as a solution to all the problems that are caused by the conflicts that all the religions have initiated in various parts of the world. It's basically about human beings."