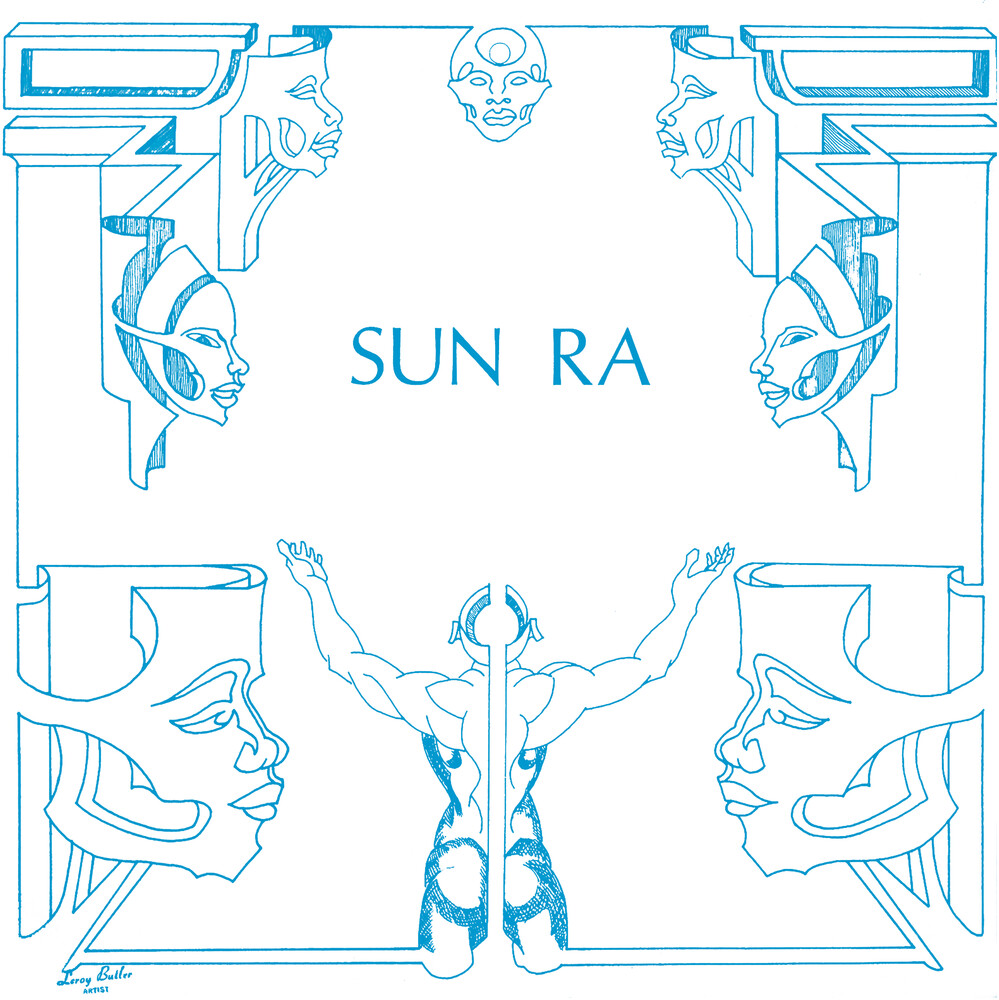 Art Yard present a reissue of Sun Ra's The Antique Blacks, originally released in 1974. The vitality you hear on The Antique Blacks is a testament to the unique energy of the community around The Foxhole Cafe in Philadelphia, as Ra honed his unique brand of Afro-futurism through the late '60s and '70s. Cosmic theater, spiritual chants, and experimental electronics make this record an essential document that was ahead of it's time. Recorded as a radio broadcast in Philadelphia, according to Dale Williams, The Antique Blacks has a well-defined but oddball structure. Sun Ra was a master architect, very concerned to use the unfolding of an album, a broadcast, or a live performance to create a satisfying structure. "Song No. 1" is a lively, tonal introduction, featuring John Gilmore on tenor saxophone, Sun Ra on roksichord, Dale Williams, then aged 15, on guitar, and Akh Tal Ebah on trumpet. Sun Ra's poetry is featured on "There Is Change In The Air", a track which has on occasion been used for the album title: in it's original incarnation as a Saturn LP, there was no dedicated sleeve artwork, and this record appeared under many names. Ra's poetry is allusive, elusive, and paradoxical, and this was it's first major appearance on a record. During instrumental passages, Williams's guitar is heard, along with the saxophones of Marshall Allen and Danny Davis. The Antique Blacks is a similar setting for a Sun Ra poem, which encompasses "spiritual men", and Lucifer as a dark angel. The Arkestra is heard in conducted improvisational ensembles, in between the sections of the poem. "This Song Is Dedicated To Nature's God" has Arkestral vocals, with John Gilmore's voice in the foreground. Sun Ra's poetic declamations provide the structure for "The Ridiculous I" and "The Cosmos Me", which also has a fine unaccompanied tenor solo by John Gilmore, keyboard improvisations by Sun Ra, and closes with bass clarinet from Eloe Omoe. Sun Ra's keyboards are heard with minimal Arkestra support on "Would I For All That Were" - a fine synthesizer improvisation, with electric piano left hand accompaniment. Tension is resolved by "Space Is The Place", which rounds the album out in an upbeat mood, with Akh Tal Ebah, James Jackson, and Sun Ra prominent among the vocalists. The closing section includes the chant Sun Ra And His Band From Outer Space, often used at the close of live performances.