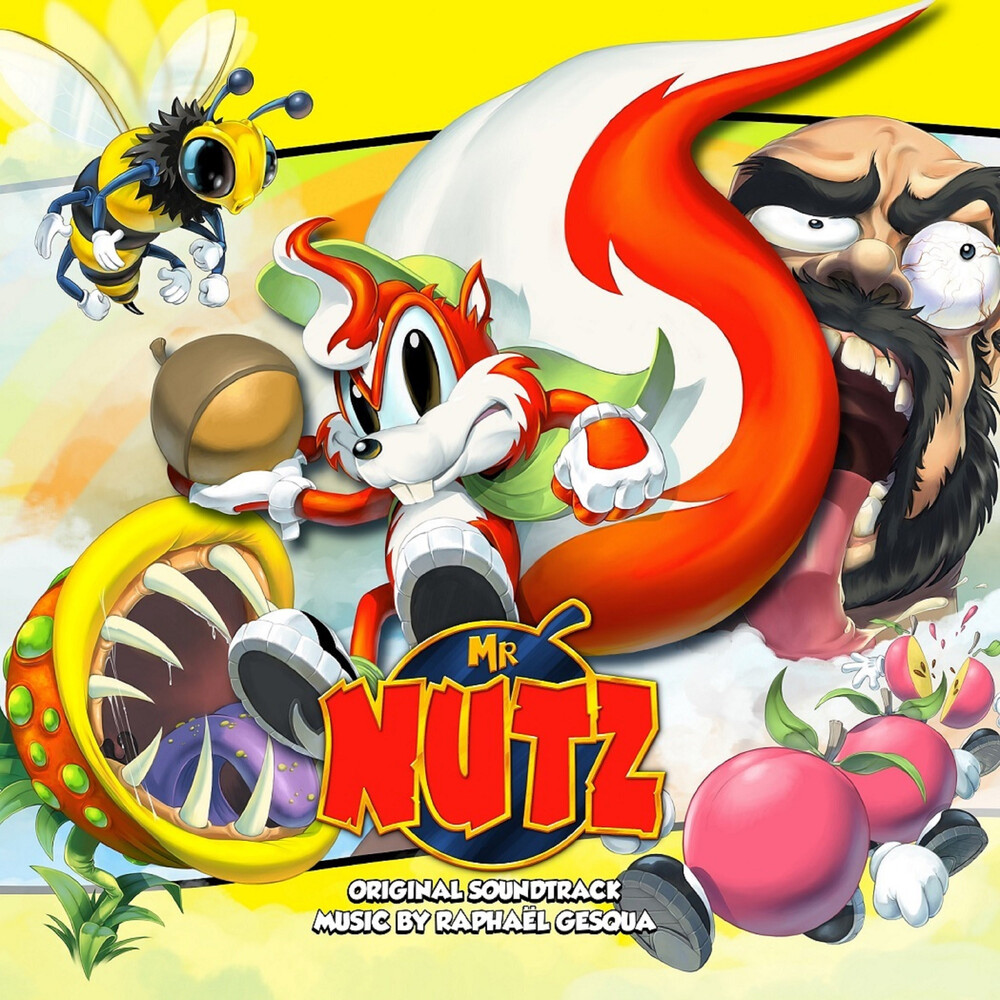 Mr. Nutz has marked a generation of players with it's colorful world and enchanting music. Developed by only three persons in the early 90s and published by Ocean, the game was a worldwide phenomenal success and remains one of the most beloved platform games released on the Snes at the time.To celebrate the upcoming 30th anniversary of the little squirrel, we have the pleasure to pay a tribute to this jewel made in France with the release of the original soundtrack, newly illustrated by it's original creator, Philippe Dessoly!Mr. Nutz original soundtrack is composed by RaphaĂ«l Gesqua and remastered for the vinyl format in this 'Totally Nutz' collector Edition!