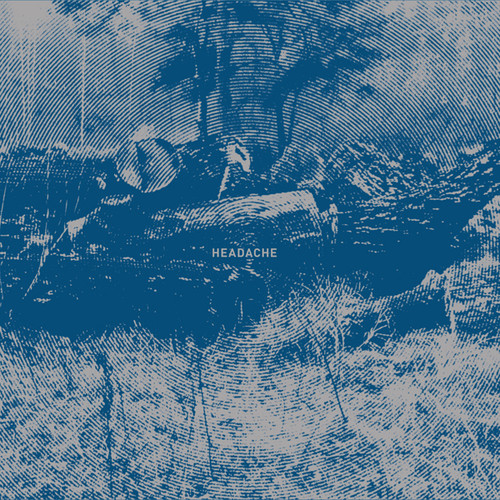 Double LP version. Ici d'Ailleurs present a remastered version of Trupa Trupa's third album Headache, originally released in 2015 on CD and cassette via Blue Tapes And X-Ray Records. Trupa Trupa play rock, come from Poland, and consist of four musicians in a guitars-bass-drums-keyboard-vocals line-up. The story of Headache would perhaps have ended there if a certain Sasha Frere-Jones, one of today's most prominent and influential critics, hadn't written in the Los Angeles Times that "one of the best rock bands doing business now is from Gdansk, Poland." While on a trip to Poland, Stéphane Grégoire, label manager and founder of the Ici d'Ailleurs label, first met Trupa Trupa at a concert by another Polish talent, Stefan Wesolowski. The group gave him a copy of Headache which he put straight on his turntable on return to France. He was taken at once and fell straight in love. Soon enough, the reactions were coming in quick. Everyone thought, like Sasha Frere-Jones, that this really is one of the best rock albums of recent years. Trupa Trupa synthesizes what is best in the genre since the early '90s - from Pavement to Slint via The Black Angels - with unstoppable, spontaneous compositions with a real freshness. But it is primarily as an album, a true thoughtful and constructed set of 11 tracks which cannot be separated from each other, that Headache really comes into it's own. The third album from a band that nobody saw coming, has been deemed a rare pearl by those who have had the chance to listen. "One of the best rock bands doing business now is from Gdansk, Poland. The lead singer of Trupa Trupa is poet Grzegorz Kwiatkowski, who sings (and speaks, sometimes) in English. The band recalls a less woozy version of Dungen, another band who know their '60s psychedelia but don't sound like thirsty revivalists. Kwiatkowski leans into the conversational loopiness of Syd Barrett and the band flowers behind him. Beauty and intensity get equal space here." -Sasha Frere-Jones, Los Angeles Times "This is incredible work. The result is their first moment of true greatness." -The Quietus "It's 2015, everyone, and did you hear? Bands are back in a big way, and Trupa Trupa is hands-down among the very best of 'em." -Tiny Mix Tapes
This website uses cookies to personalize content and analyse traffic in order to offer you a better experience.
I accept Learn More
back to top