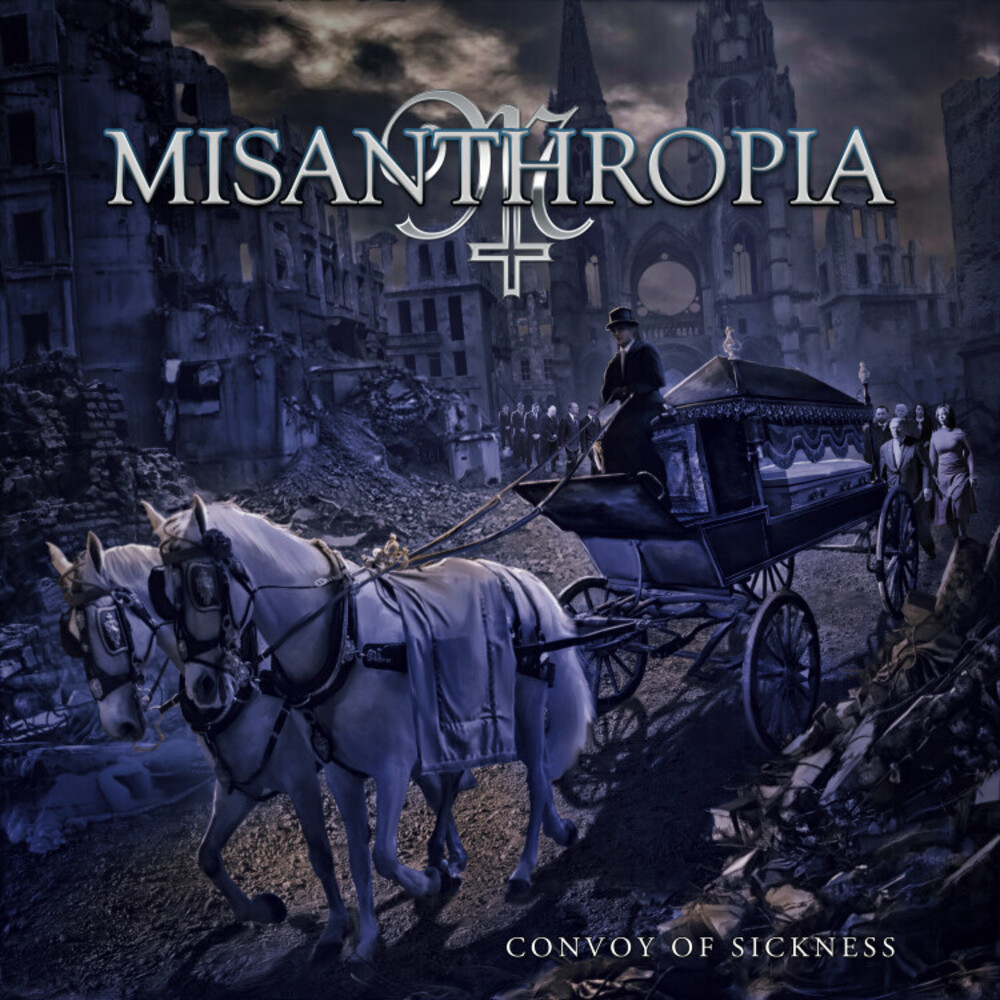 The fourth brood that Misanthropia now spews out upon mankind builds on it's predecessor, "OMERTA", that dates from 2016. It tells us the stories and events that occurred in the criminal underworld during the late 1970's, until present day on Dutch and Belgian soil. Music-wise, the grandeur and bombast did not stop from improving, and Misanthropia once again prove that they are able to arrive in splendor and greatness when it comes to production, quality above everything else and artwork that is more than just in your face. Collaborations from the past were brought up, and new allied pacts are stronger than ever before. Misanthropia did spare no expense when it comes to deliver quality, and in contrary to it's previous album - when they traveled to Sweden to record the drums at SolnaSound Production Studio - they flew in Mike Wead (King Diamond, Mercyful Fate etc. ) to record the drums at New Road Studios in Wijchen (NL). Together with Simon Johansson (Wolf, Soilwork), Mike is responsible for mixing duties, as well as mastering the whole piece. Mike Wead comments:"This is the third time I've been working with Misanthropia on an album. I'm happy that they've chosen me again for the mixing duties. Except for being a bunch of really nice and professional guys, they always manage to progress in their song writing. They have found an unique niche in the business with their mafia-based storytelling, offering something new to the genre. Their music spans from brutal and fast parts to moments of heavy and melodic parts. Something I personally like a lot. This album is not just about misanthropy, hatred, anti-religion, or some pseudo end-of-the-world nonsense that is written in some manuals and manifests to distract you and your loved ones. It is about how life on this ugly planet, this piece of shit, works, and beyond. It is about how the underworld reigns, fights, and sometimes cooperates with the upper world, where the living also profit and enjoy the good things and sweet candy that comes forth from this so-called underworld. It is here, under our noses, but sometimes, we are too blind to see it. Sometimes we are not very eager to see it, and most of the time, we are ignoring it by looking away. This album is about how everything works: One hand washes the other. No regrets, no remorse, ultra-violence, and first but foremost: Trust no one