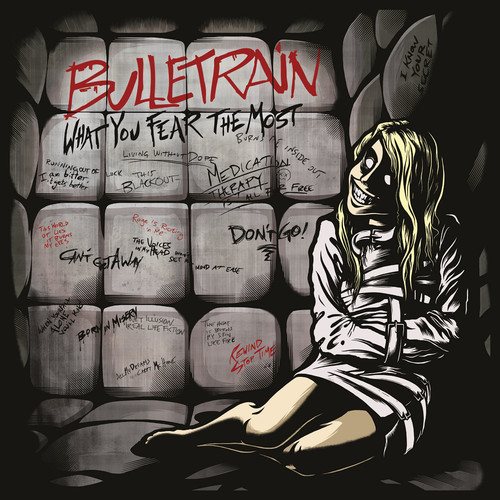 What You Fear The Most
Artist: Bulletrain
Format: CD
New: Not in stock
Wish

2016 release from the Swedish rockers. Crafted through restlessness and wishes for something bigger, the great escape from everyday life began almost exactly ten years ago when the two childhood friends, drummer Jonas Tillheden and guitarist Mattias Persson formed what we today call Bulletrain in the suburbs of Helsingborg in southern Sweden. Led by their dreams they found like-minded people in the singer Robert Lindell, bass player Tim Svalö and guitarist Adam Börvall who later was replaced by the guitarist Robin Bengtsson. Bulletrain self-released their first EP in 2007.