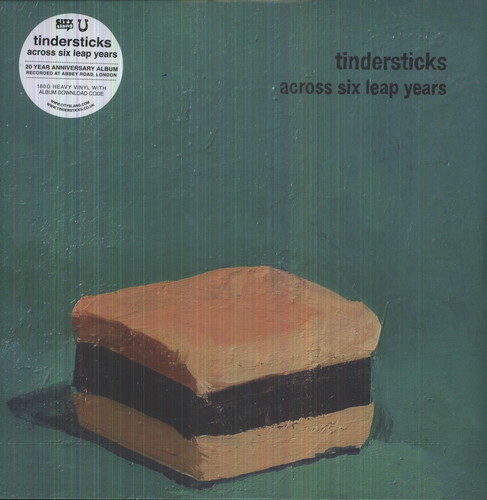 Vinyl LP pressing. 2013 release from the veteran British Indie band. This was a landmark year for Tindersticks who turn 21. In this time they have recorded nine studio albums, composed music for films, museums, fashion shows and installations, have toured the world, played with various orchestras, dueted and collaborated with many great singers and musicians, lost their desire, split up, rearranged, reformed, re-kindled their musical passion and in 2012 made what they, and many critics consider to be one of their finest albums the Something Rain. Tindersticks wanted to mark this special anniversary year in some way, to connect this history with what they have become. After much discussion they entered the legendary Studio 2 at Abbey Road and from April 6th to 9th, 2013, recorded Across Six Leap Years, their 10th studio album; 10 new versions of songs from throughout their history. 'Across the years some songs were lost along the way. For one reason or another they never became how they were imagined to be in their recorded form - until now. Across Six Leap Years brings together these previously unrealized tracks as part celebration, part reinvention.'