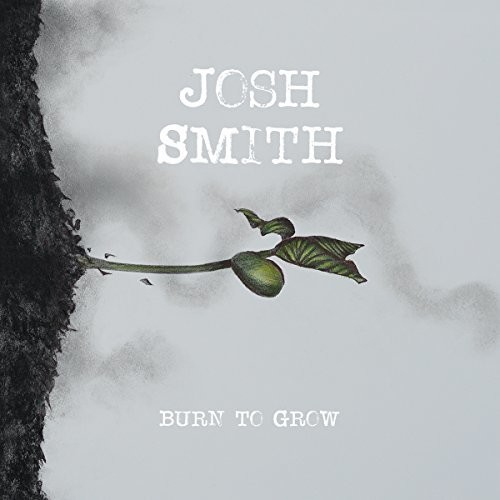 - Josh Smith has never been more musically complex and yet so recognizably typical Josh Smith, as on his new album 'Burn To Grow'. - Superb blues-based and soulful album by one of the most talented guitar slingers from the Westcoast. - Often touring with his good friend, Joe Bonamassa, Josh has grown into a serious singer, songwriter, and producer and remains a much-in-demand session player. What was already indicated on the last two albums ('Over Your Head' and 'Don't Give Up On Me' - CrossCut Records), the guitarist consistently continues on the new album. Josh Smith relies on musical versatility, but always keeps the blues in the focus of his music. Just what makes colleagues like Derek Trucks or Warren Haynes so strong also enriches the sound of the L.A.-based guitarist, singer, songwriter and producer. Sophisticated horn arrangements characterize some of the soul and jazz-inspired songs on the new album, thereby also underscoring the quality as a vocalist that has grown over the years. There certainly are some strongly skilled guitarists around, but few guitar aces who can hold a candle to the Florida-born Smith on the strings and convince with their vocals to boot. As a guitarist, Smith has reached a stage where he no longer has to play himself into the foreground. Smith knows how to set accents and build up tension without overrunning the listener. What We Need is such an example - a classically perfect slow blues. Yet this gem is the most conventional number on the album. The opener Half Blues, with it's driving horns and an almost marching beat, Smith garnishes with almost insidiously inventive licks, to then put the listener with Through The Night, a fluffy, but by no means trivial, yacht pop earworm in the ear canals. Boz Scaggs or Steely Dan would have their joy. Watching You Go, a breakup number with fitting, because surprising breaks, angry riffs, loud howling licks, and great harmony vocals convinces.
This website uses cookies to personalize content and analyse traffic in order to offer you a better experience.
I accept Learn More
back to top