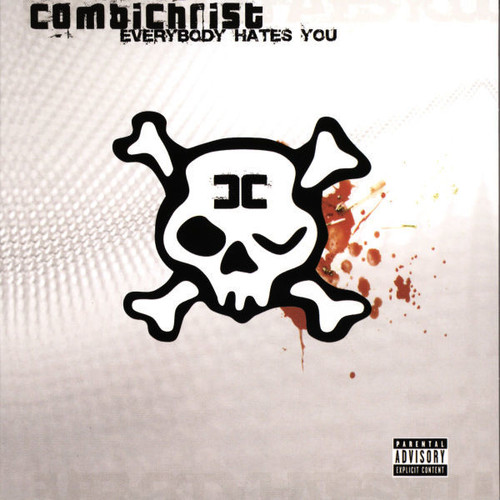 Everybody Hates You is the second full-length studio album by the American aggrotech band Combichrist. It was originally released on March 8, 2005 through the Out of Line record label. Originally released in 2005, Combichrist's second album brought the well earned breakthrough for Norwegian berserker Andy LaPlegua. "Everybody Hates You" is a ground breaking fusion of Techno, Industrial and Electronic Body Music which has LaPlegua ignite a sonic inferno with distinct hit qualities, spiced up with provocative samples and cynical attacks. Featuring club hits such as "Blut Royal" and "This Sh*it Will Fcuk You Up", the album is one of the most innovative and aggressive releases of it's time and is still a mandatory spin at any alternative club night, roughly five years after it's first release. An absolute hard electronic dance music classic ! Remember that period around 1987 or so, when a new generation of electronic acts influenced by Throbbing Gristle, Test Department, and EinstĂĽrzende Neubauten added heavy electronic disco beats to their noisy aggression? Skinny Puppy, latter-day Cabaret Voltaire, and any number of bands on the Wax Trax label were the leaders of this second wave until Trent Reznor's Nine Inch Nails watered down the mix even further by adding palatable pop song hooks and were rewarded with superstardom. The first full-length by Combichrist (a solo side project by Icon of Coil's Andy LaPlegua) is a nostalgic look back at that period between "Sensoria" and "Head Like a Hole": Everybody Hates You is all distorted Roland 808- style beats, distorted megaphone- and/or computer-generated vocals, distorted synths, and distorted distortion. The rhythms are fairly irresistible to anyone who remembers this style fondly; the opening "This S*it Will Fcuk You Up" is particularly impressive. However, LaPlegua's supposedly transgressive lyrics are in the style that sounded like limp shock value for it's own sake even two decades ago. The result is that songs like "Enjoy the Abuse" and "This Is My Rifle" just sound kind of goofy. Ignore the vocals and Everybody Hates You should appeal to a certain subset of aging club kids.