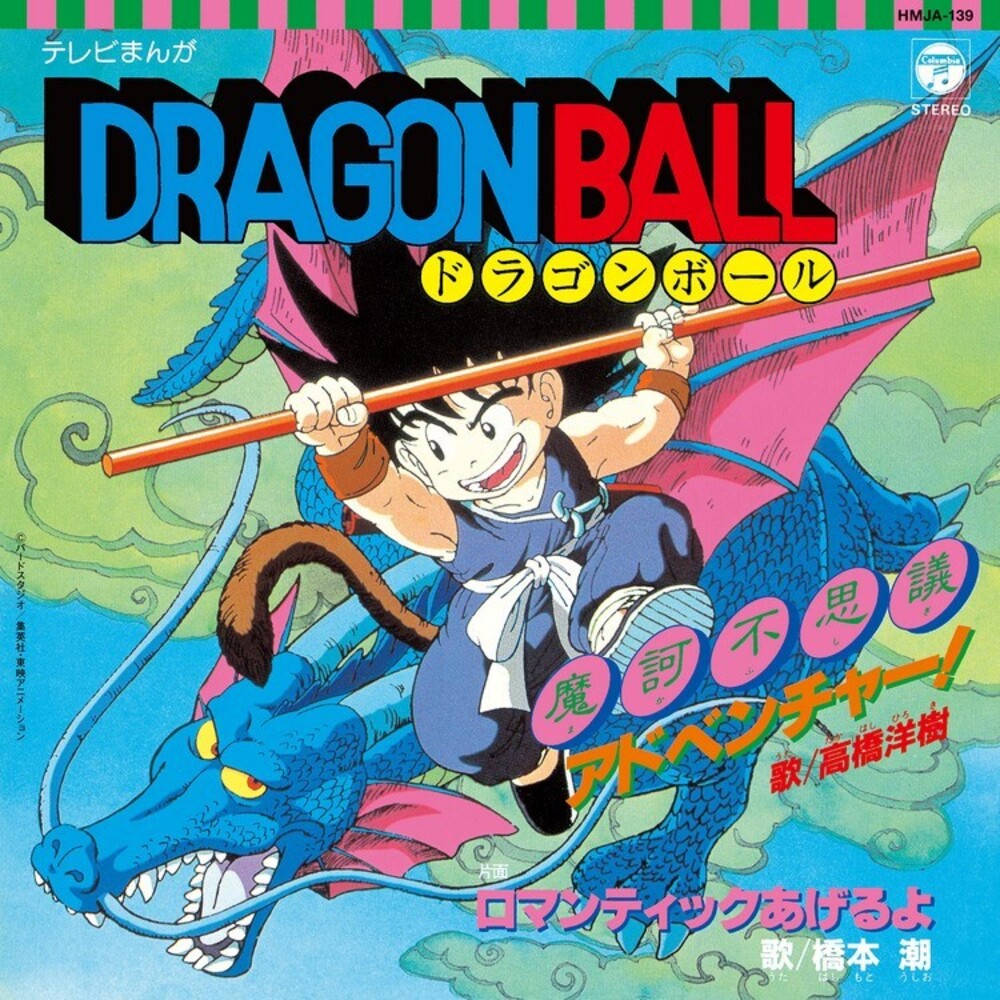 Makafushigi Adventure!' From the TV anime 'Dragon Ball' / Romantic Ageruyo "has been released on 7'! The theme song single of the TV anime 'Dragon Ball' is reprinted in analog to commemorate the 35th anniversary of the broadcast! Hiroki Takahashi sings the A-side 'Makafushigi Adventure!', Which was the opening theme and ending theme of the anime 'Dragon Ball' that everyone knows from the start of broadcasting in 1986 to the end of broadcasting in 1989. Side B 'Romantic Ageruyo' is the first opening theme of 'Esper Mami' and is sung by Ushio Hashimoto, who is familiar with the popular Japanese anime 'Teleportation - Koi no Mikakunin'. Both A-side and B-side are popular songs double cider familiar to Dragon Ball fans!