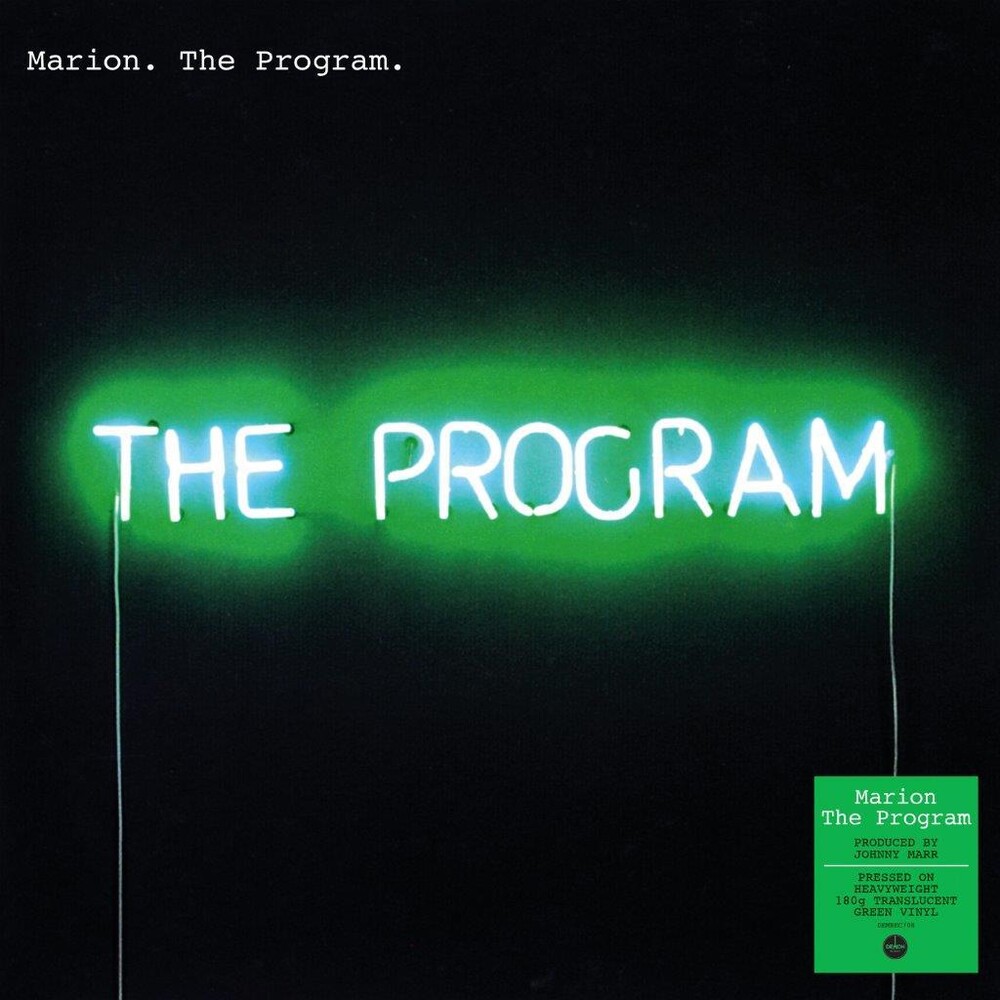 Marion formed in Manchester in 1994 and released their debut album This World And Body in 1996. The album reached number 10 in the UK album chart and the band found further success with the singles 'Let's All Go Together' and 'Sleep'. To follow up on their triumphant debut, the band returned to the studio to record The Program with ex-Smiths guitarist Johnny Marr on production duties. Demon Records is proud to present The Program pressed on 180g heavyweight translucent green vinyl.