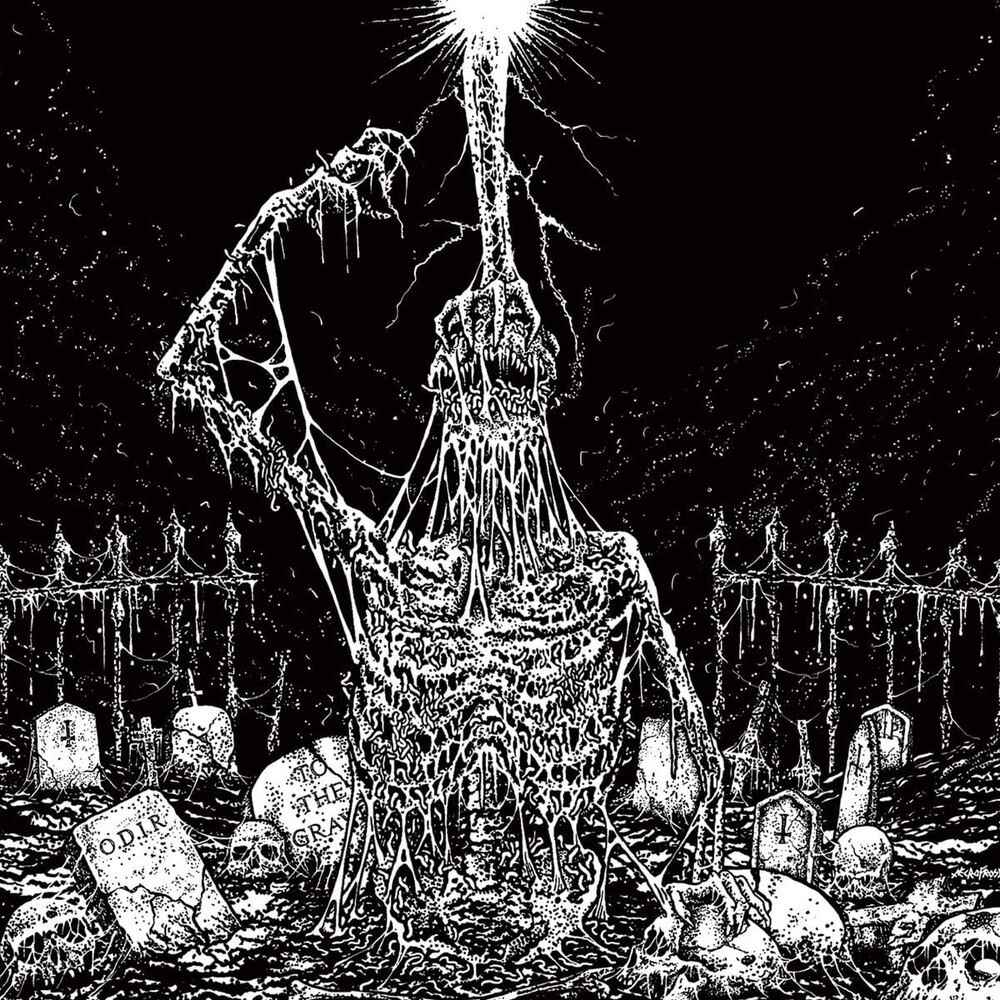 Hailing from Mexico, both INFESTICIDE and IN OBSCURITY REVEALED are no strangers to the BLOOD HARVEST stronghold: just last year, INFESTICIDE released their critically acclaimed second album, Envenoming Wounds, and in late 2019 did IN OBSCURITY REVEALED have their cult debut album, Glorious Impurity, released on vinyl by the label. Featuring two exclusive tracks from each band and totalling 17 deadly minutes, this split EP offers the first new recordings from both bands since those two respective full-lengths. INFESTICIDE are up first and further prove that they are the true heirs to the altars of madness. Reaping the whirlwind and finding that ever-elusive balance between into-oblivion chaos and cauterized-tight precision, INFESTICIDE are evil death metal incarnate, reeking of sulfur and insanity - and their ascent only continues. Not to be outdone, IN OBSCURITY REVEALED rocket further into an abyss of chaos all their own with two aptly titled tracks, "Bloodstorm" and "Under the Vomit Seal." No doubt abominations of desolation, IN OBSCURITY REVEALED's Metal of Death is diabolical and absolutely unstoppable. Mexican death metal continues it's bloody reign of vengeance, and INFESTICIDE and IN OBSCURITY REVEALED assert their kingship with no small amount of violence and force - pay fealty or DIE!
back to top