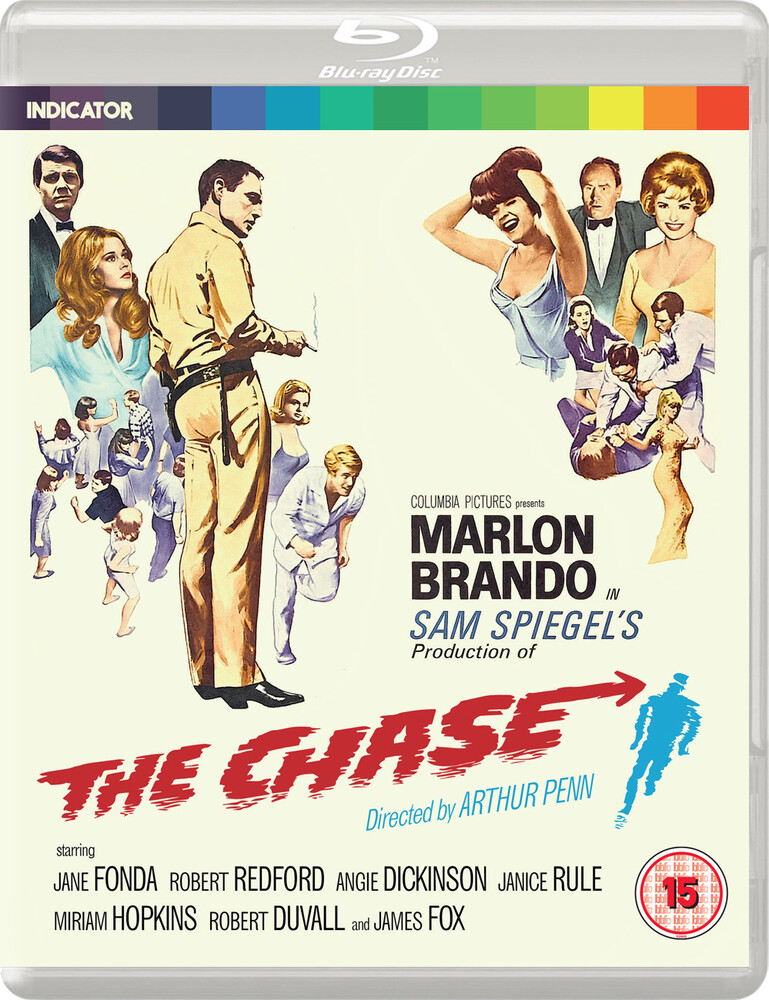 Preceding Bonnie and Clyde by a year, Arthur Penn's (Mickey One) acclaimed film boasts enviable pedigree - produced by the legendary Sam Spiegel, with a screenplay by Lillian Hellman from the novel by Horton Foote, a rousing score by John Barry, and a stellar cast of the hottest stars of the day (including Marlon Brando, Jane Fonda, Robert Redford, Angie Dickinson and James Fox). The story of an escaped con making his way back to the corrupt Texas town and the people who sent him to prison, The Chase is a telling indictment of violence in American society. A seminal work which is ripe for rediscovery.