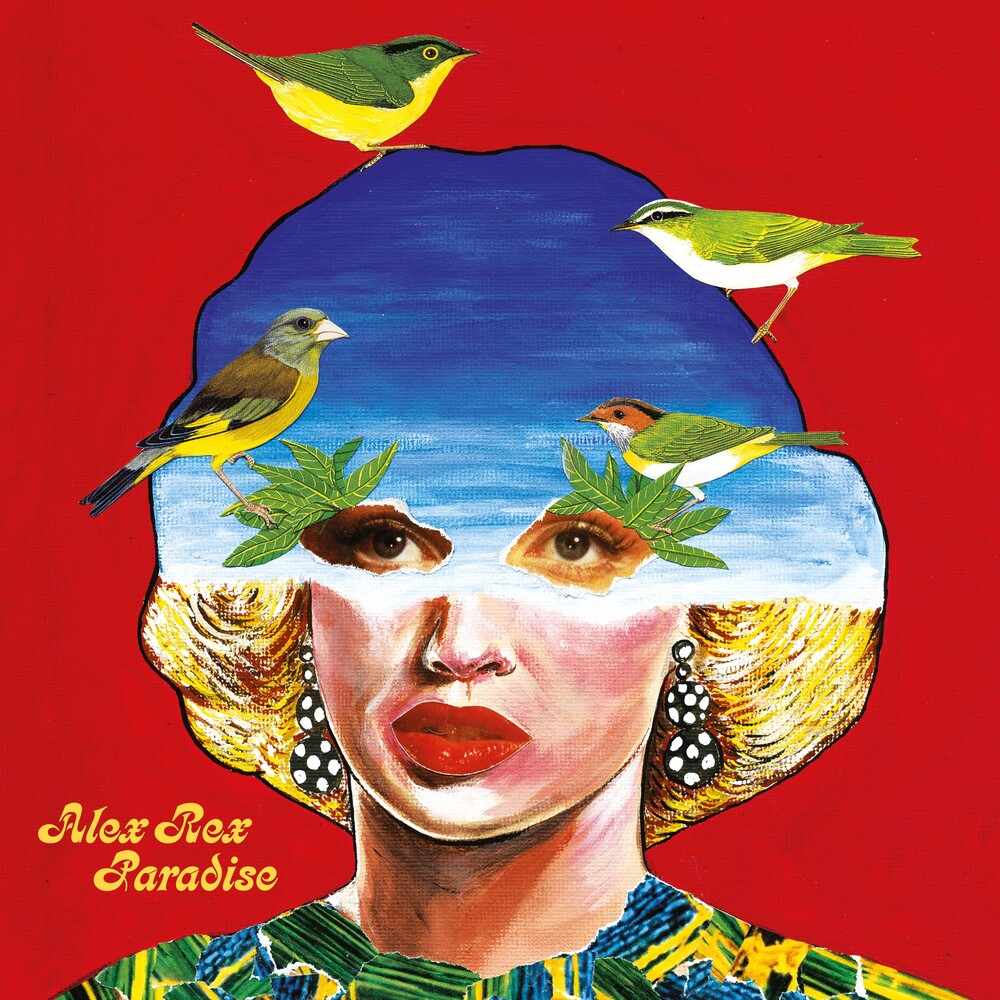 Singing drummers may now be in vogue, but very few combine the masterful musicianship, vivid lyrics and expressive vocals one experiences with Alex Rex. In fact, few musicians have a CV as impressive as band leader Alex Neilson. He's drummed with some of the most eclectic musicians of the international underground; from Bonnie "Prince" Billy to Shirley Collins, Jandek and Current 93. All on top of a 10-year stint with his own critically acclaimed psych-folk outfit, Trembling Bells. Paradise is his fourth album as Alex Rex. Whilst the first three were shrouded in loss and loathing, Paradise is a different beast. In many ways Paradise marks a fresh start for the Glasgow-based polymath. Reunited with ex-Trembling Bells vocalist Lavinia Blackwall for the first time since the band's demise - Marco Rea (Euros Childs) and regular collaborator Rory Haye make up the rest of the Paradise party, with guest vocalist Kacy Lee Anderson (Kacy & Clayton) blowing a seductive smoke-ring through one track. Paradise introduces us to a new and uncharacteristically playful side of Alex Rex. Many of the songs on Paradise were written in early lockdown with no opportunity to rehearse, which also happens to be Neilson's preferred method. The Celtic rock guitar stylings of 'Scandalise The Birds' could have roused a Glasgow Barrowlands full of lumberjack-shirted true believers back in the Big Music days of Stuart Adamson or Mike Scott; 'What's Shouted In The Dark (The Dark Shouts Back)' echoes both Nick Cave and Nick Lowe in an ouroboros of punk rock preacher gospel blues; 'Ida' threatens to loosen it's loons and fly into a glitterball glam rock stomp at any moment; and 'Every Wall Is A Wailing Wall' sends us home with a comforting community chorale. Standout duet 'Black Peonies' is bubble-gum country in the tradition of the Flying Burrito Brothers and the Grateful Dead. It contains one of Neilson's more eye-popping opening lines; "I wear the knickers you gave me when I play football with the boys". Vocal duties are shared with Kacy Lee Anderson in a sultry romp that dissolves into Rory Haye's acid guitar coda. Neilson can navigate the kosmische orbits of Richard Youngs, find the free music floating in Alasdair Roberts' traditionally styled songs, and conjure a stadium-sized folk-rock band that never was in the shape of Trembling Bells. But Paradise reminds us that he is also a master-of-composition in the classic sense, an astounding lyricist and a kick ass drummer. Alex Rex are in the anxiety business... and business is booming.