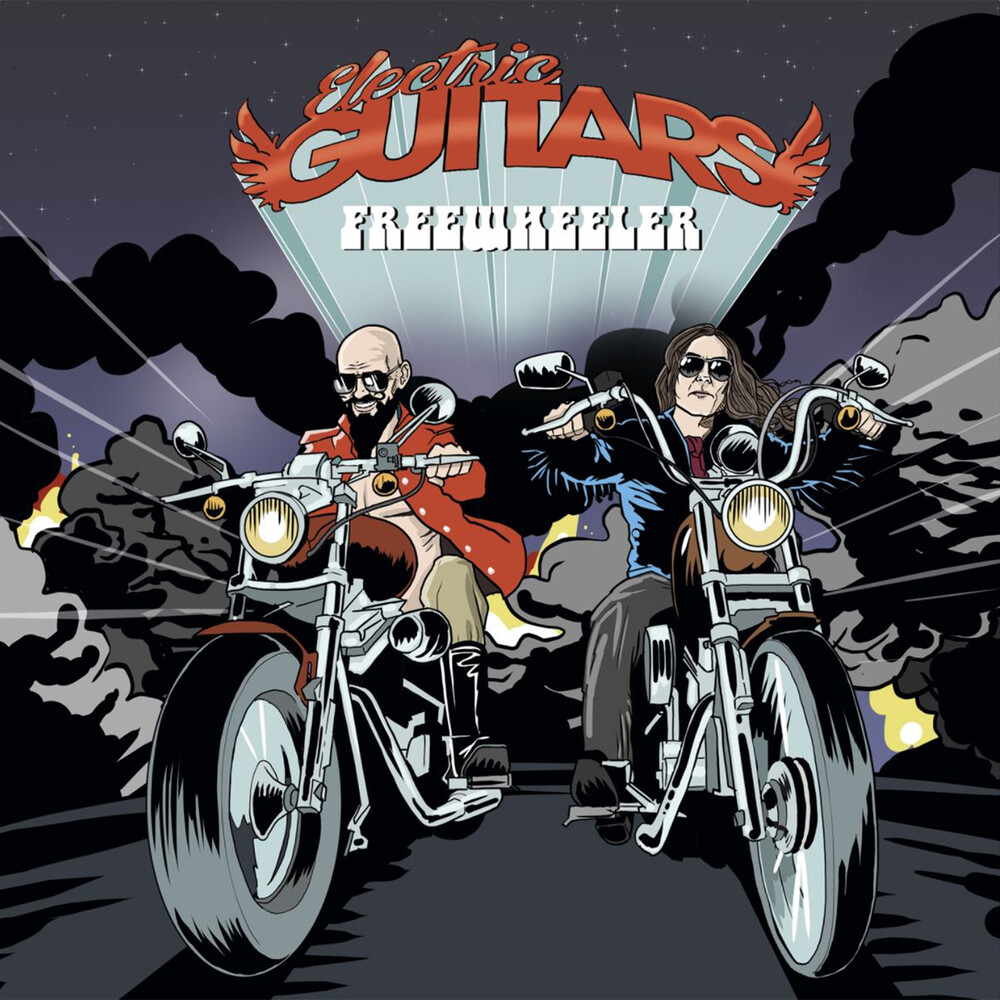 FOR FANS OF D-A-D, AC/DC, THIN LIZZY & GLENN HUGHES.This is the fourth album from ELECTRIC GUITARS who have a cult following in Denmark for their lively guitar riff-centric rock and energy-filled live shows. The brainchildof Soren Andersen of the Glenn Hughes Band, and Mika Vandborg who has worked with many huge artists including Justin Hawkins of the Darkness, this talented pair arewell known as much sought after session musicians as well as live performers. Soren Andersen is also a world-class producer and engineer, owner of Medley Studios inCopenhagen, and has been called 'the new Mutt Lange'. In Electric Guitars this dynamic duo turns their talents to their own project.Like every other rock crazy musician or fan, the band have been storing up their power and energy "like a bunch of wild mustangs that've been kept tied up for too long".Songs like "Freewheeler", "Going Out" and "Cut Loose" capture that pent-up energy reveal inga band who cannot wait to let themselves loose on an unsuspecting world."Rainbow" reveals an optimism and go-getting never say die attitude which is the essence of rock'n'roll."We've never been closer and tighter as a band. Every other band is doing something nice, polished and produced - we just wanted to share this raw energy" - Soren Andersen.