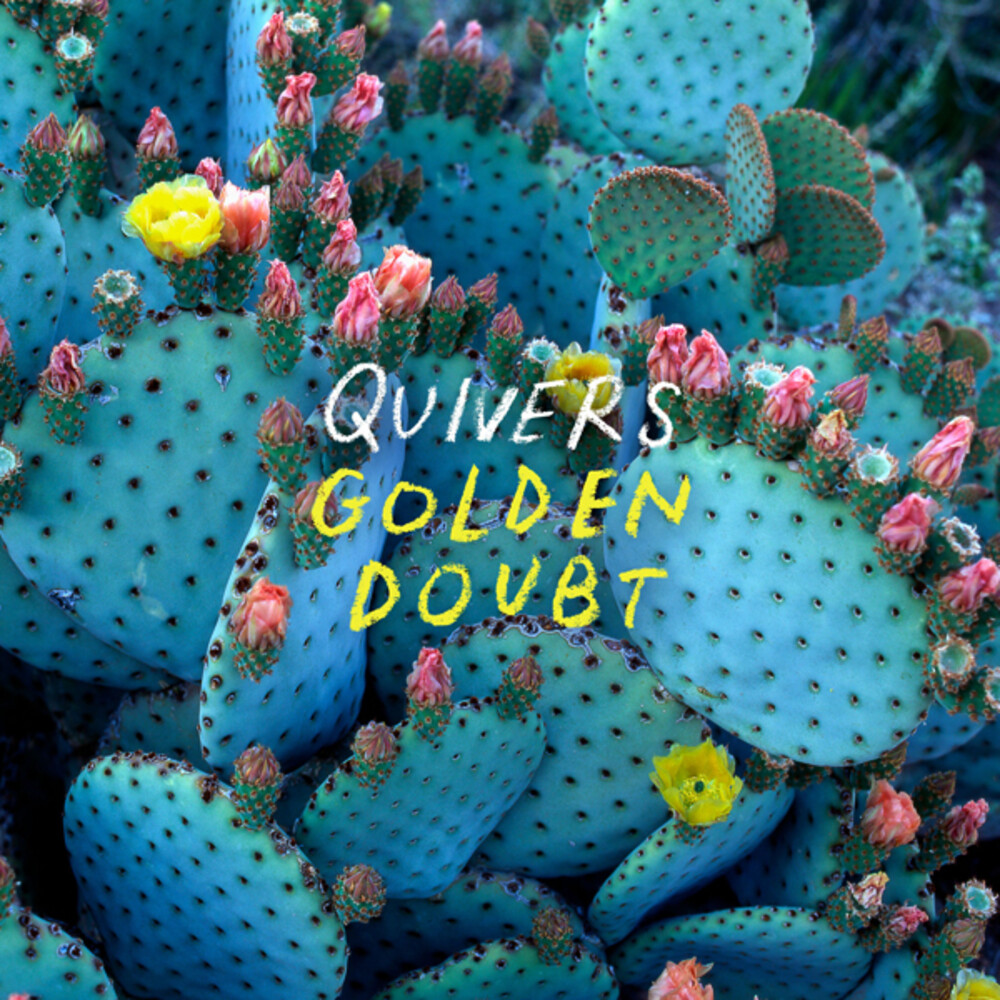 Melbourne-via-Tasmanian four-piece Quivers first released their 2018 debut We'll Go Riding On The Hearses as hand-made cassettes. The album dealt with singer Sam Nicholson's loss of his brother in a freediving accident, and "trying to not think about that, and often coming back to ghosts, benders, water, and pissing in the snow." When demand for the album grew, it received a vinyl release and led Quivers to tour the US, film a KEXP session, and be selected by NPR Music for both the Austin 100 SXSW preview and as a "Slingshot" artist to watch. Their life-damaged but hopeful jangle pop has only sharpened since then, and while 2021 follow-up Golden Doubt conjures up REM or The Clean, there is a lyrical directness that sets this record apart as always it's own. Golden Doubt is carried by shimmering guitars and the harmonizing vocals of members Holly Thomas and Bella Quinlan. Elevated by the production of Matthew Redlich (Holy Holy, Husky, Ainslie Wills), the record explores what comes after grief, and how one throws oneself back into love. As Nicholson explains, the album tries to bottle "the rush of feelings and fears when you give in to falling for someone. It's also an album in love with other albums, and the other bands around us." Before each take at Woodstock and The Aviary studios in Melbourne, Australia, the band would imagine a scene together (a waterhole for "Laughing Waters", an overgrown carpark for "Videostores") and then dive in to capture live group takes. Quivers need to get words on the page and sounds out to keep moving on. Both Nicholson and Thomas lost their brothers in the same year, and through that shared vulnerability they all have together that runs deep. Golden Doubt is also a love letter to playing music as a band and processing it all together rather than just carrying it as a weight. The cancellation of a 21-date US tour they had slated for 2020 has left them undeterred; Quivers plans to continue being a band and get back out into the world as soon as it's possible.