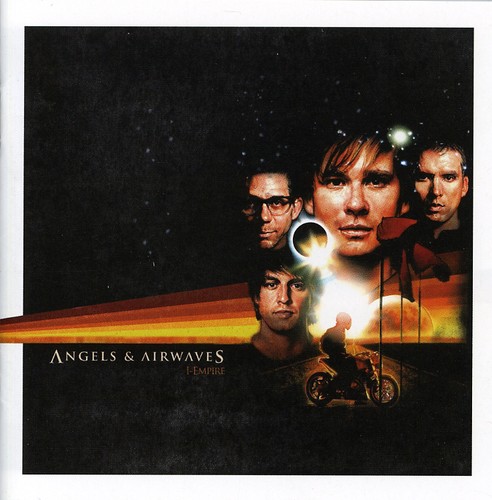 This is Angels & Airwave's second album that is produced by Tom Delonge and features the hit single "Everything's Magic," a synth-rock anthem that resonates with a refreshing spirit and inspired energy.

''I-Empire'' (or ''I, Empire'') is the second studio album by alternative rock band Angels & Airwaves. It was officially released worldwide on November 6, 2007 from the Angels & Airwaves website, where it was available for download. Then it was released on CD on November 5 in the UK and Ireland and on November 6 in the USA and Canada. It is a concept album and is the continuation of the story told in ''We Don't Need to Whisper''. - Wikipedia

Everybody wants to rule the world, Tears for Fears once noted. That may not suffice for Angels & Airwaves' Tom DeLonge. The former Blink-182 guitarist is no stranger to hyperbole when it comes to interviews about his new band, going so far as to dub A&A a "rock and roll revolution." Well, for what it's worth, Angels' second go at rock salvation may strike a deeper chord. A glimpse of leadoff single "Everything's Magic" finds DeLonge offering his best Robert Smith impersonation.