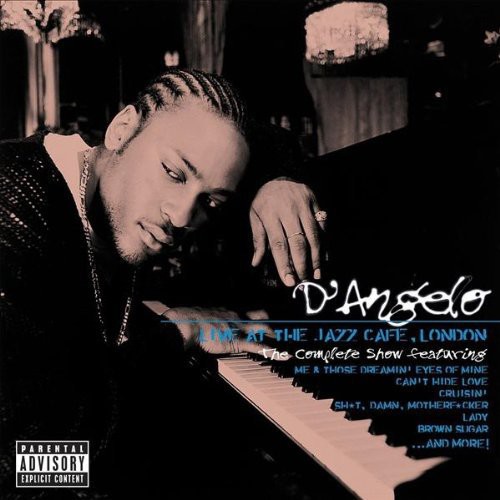 D'Angelo debuted in 1995, hailed as the new sound of soul, a genius singer-songwriter soul man in the tradition of Stevie Wonder, Prince, Curtis Mayfield, et al. His Virgin/EMI album Brown Sugar, along with the hit title song and a smash cover of Smokey Robinson's 'Cruisin', proved the hype was right.

It's generally thought that the artist's next album was Voodoo, released in 2000. In between, however, fans were treated to a six-track EP: Live At The Jazz Café, London, in October 1996 but in Japan only. The record, recorded in Setpember '95 during a rare U.K. promo tour, proved hard to come by and became an instant collector's item.

This new release of Live At The Jazz Café, London is not only the first domestic release of the album, it contains the complete show for the first time anywhere. Now included are four unreleased performances - three of them covers of tracks originally by D'Angelo influences Mandrill, Ohio Players and Al Green - plus a longer version of 'Lady'. This edition also places all of the tracks in the correct sequence for the first time, as they were performed in a sweaty club when 'D' was on the cusp of stardom.

The package uses the original cover artwork of the Japanese release, but inside is an exclusive new essay by Alan Leeds, of D'Angelo's management team, who is also known for his tenure with artists ranging from James Brown to Chris Rock. Included as well is an English translation of the original Japanese liner notes, which include a brief 1995 interview with D'Angelo.