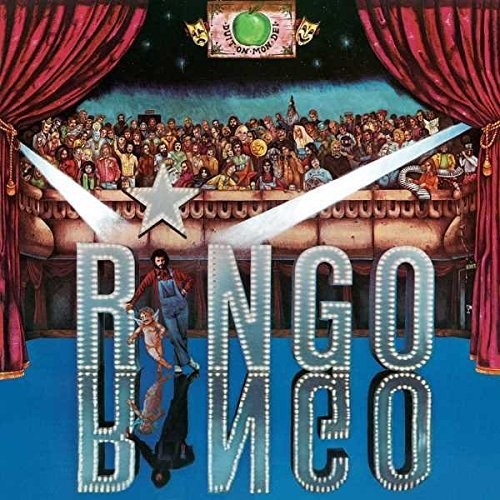 Vinyl LP pressing. Ringo is the third solo album by former Beatles drummer Ringo Starr, released in 1973 on Apple Records. It peaked at #7 on the UK Albums Chart and #2 on the Billboard 200. In Canada, it reached #1 on the RPM national albums chart. The album is noted for the appearance of all four Beatles, and for it's numerous guest stars, something which would become a signature for Starr on many of his subsequent albums and tours. Recording started on 5 March 1973 upon Starr's arrival in Los Angeles at Sunset Sound Recorders. Sessions were produced by Richard Perry.[7] When Starr sent word to all his musician friends to help him in his new venture, they all responded positively. Taking part in the sessions were Marc Bolan, four members of The Band (save Richard Manuel), Billy Preston, Klaus Voormann, Nicky Hopkins, Harry Nilsson and Jim Keltner. Additionally, all three of his former bandmates appeared on and composed material for Ringo.
back to top