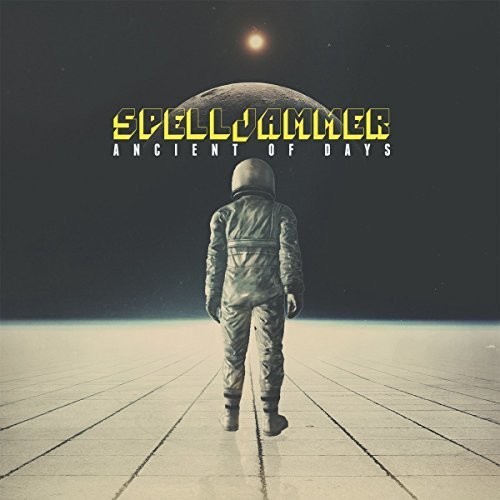 Ancient of Days is not just the band's third release, but in many ways, a rebirth. It's Spelljammer's first recording as a trio - with Olsson taking over bass duties and new drummer Jonatan Rimsbo battering the skins - and the culmination of a progressive move toward a heavier, doom-laden sound, away from the desert rock leanings of their 2010 debut Inches From the Sun. Vol II saw the band spreading out into darker territories. After writing sessions fell apart in 2013 for a followup to Vol II (reissued in early 2015 by RidingEasy Records) Olsson and guitarist Robert Sorling scrapped nearly everything following the departure of half of the band. The two began to build from the ground up as a duo with new ideas that resulted in the invigorated Ancient of Days. It's the band's most focused and deliberate in both it's complexities and simplicities. There's the pummeling heft of detuned guitars rumbling across the rugged expanse of unwieldy drums counterbalanced with moments of Master of Reality-era Sabbath's introspective acoustic breaks and Pink Floyd's Meddle-era psychedelia. These extreme shifts in dynamic give the band's third album a sense of epic depth unlike most of Spelljammer's peers.