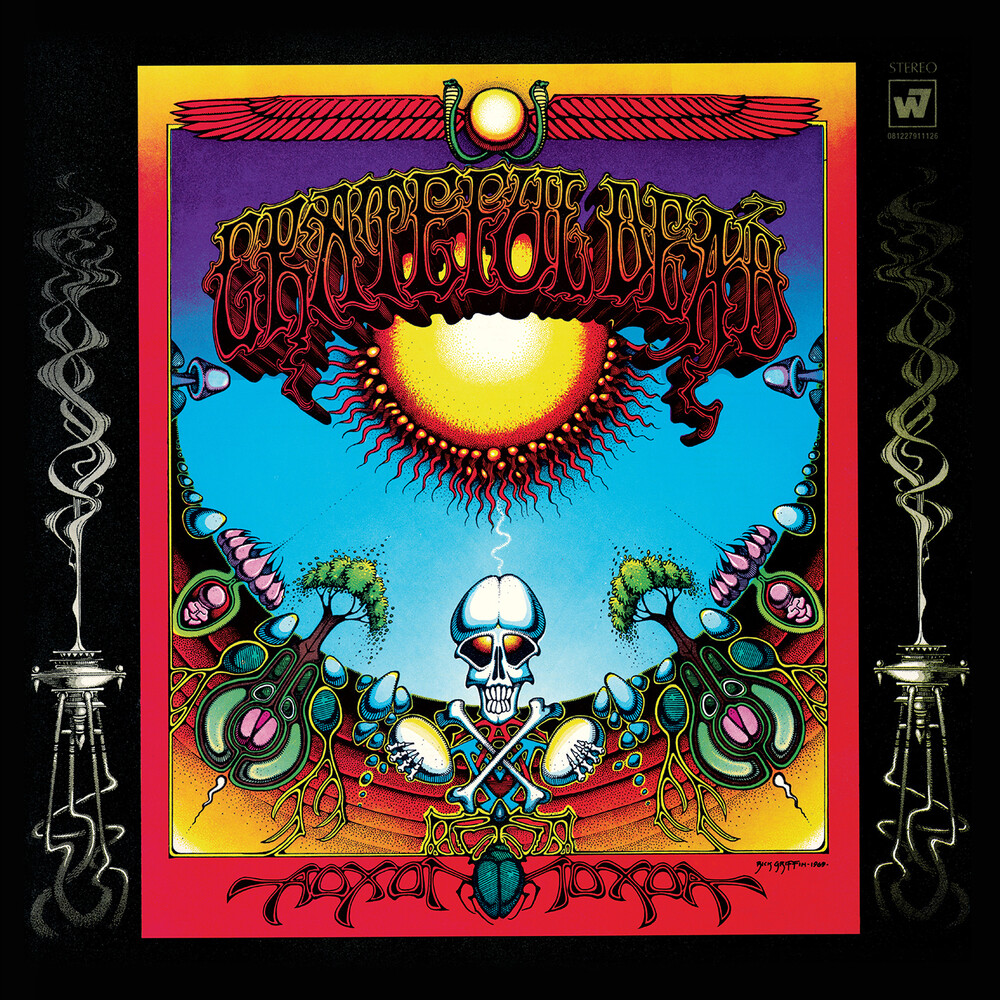 Vinyl LP pressing. "In 1969, for their third album, The Grateful Dead eschewed outside producers and created Aoxomoxoa themselves, beginning a run of self-produced albums that would continue until 1977. Scrapping the first sessions, which were recorded to eight-track tape, the Dead now had 16 tracks with which to experiment their psychedelic sound, with an album that included entirely Robert Hunter-penned lyrics for the first time." - Archivist David Lemieux