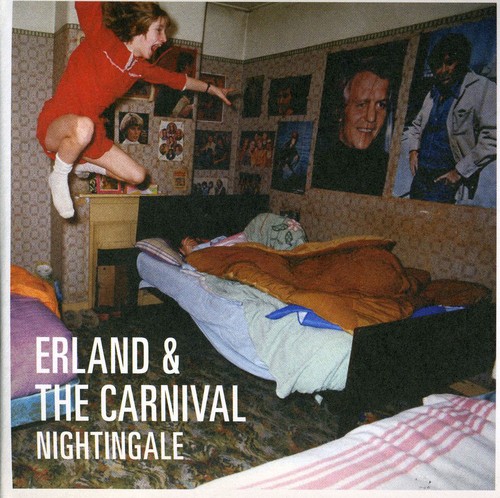 A self-described three-headed beast, Erland & the Carnival consists of vocalist Erland Cooper; drummer David Nock - producer and engineer to stars like the Orb, Paul McCartney, David Gilmour; and Simon Tong former member of the Good the Bad & the Queen, the Verve and now guitar-for-hire for Gorillaz. Taking a post-modern approach to traditional English Folk, the band strips down songs, building them back up into totally new orchestral creations. If the result wasn't so decidedly organic and natural, you might even call them remixes. Nightingale sounds dark, dank even; likely the result of being recorded among the creaking and groaning history of a large ship moored on the river Thames that was successively used as an undercover attack ship for the British navy and a pirate radio station. Erland & the Carnival may take deep-rooted inspiration from folk, but make no mistake, NIGHTINGALE is a ROCK RECORD, an intricate psychedelic circus of guitars and hooks that will, as Erland sings on "I'm Not Really Here," ".. slip into your dream before the end of the show."