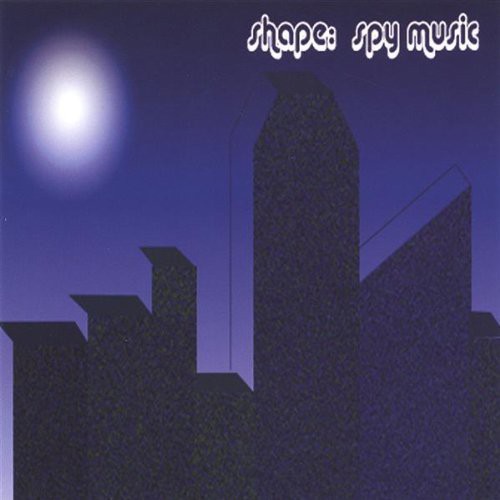 Shape is the pet of singer/songwriter Dustin Parent. Originally and currently a drummer for various original rock bands in St. Louis, MO, Dustin hatched the project in 2001 and soon produced the debut album 'Geometry...And Other Diversions'-- to the acclaim of many a family member and the sound of many a chirping cricket. Soon after, as other musical interests consumed his time, half-written Shape songs began to collect dust along with a gross over-abundance of unopened 'Geometry...' copies. But the feather-duster has been brandished and a long-overdue (at least in Dustin's mind) sophomore album has been released and submitted for the obscure music-lover's approval. 'Spy Music' represents a considerable leap forward in style-combining more deftly a myriad of influences such as The Police, Hum, The Sneaker Pimps, George Michael and Jeff Buckley. While 'Geometry...' was performed entirely by Dustin Parent, 'Spy Music' also features Keith Mangles of the band Dozemarypool. The result has left Dustin excited and supremely motivated to continue his creative journey with an ever-evolving musical cast, along with his beloved hobby of writing about himself in the third-person. Hope you enjoy, and thank-you sincerely for supporting the artists at a time when true music lovers might once again make a difference.