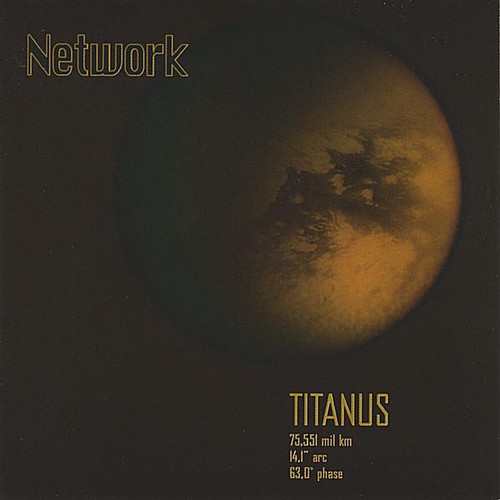 Titanus is the title of Network's first CD. Ascoli Piceno-based band, with more than twenty years of activity behind it, Network crossed through different musical approaches before reaching the definition of this product and of a project strictly connected with the heterogeneous experiences of it's three current members (Iuri D'Emidio - piano, analog synthetizers samplers, treatments and vocals; Emidio Guidotti - guitar and vocals; Maurizio Morelli - bass).The musical roots of the band could be traced back in the production of the early '80s and are clearly recognizable (A Certain Ratio and New Order are explicitly quoted in the credits), even though they are fused with influences testifying an awareness of the most interesting experiences in the musical landscape of the last decade: the classical background of some vocal parts are punctuated by a bass guitar, often reminiscent of funky grooves, and by the texture created by the keyboards, sometimes exciting and sometimes self-reflective. Excerpts from other tracks, when present, are perfectly mixed with the original tracks and the Italian texts (apart from "Montecarlo" which has a Spanish text) are surrounded by a passionate lyrism. Titanus, even though it is the first CD of the band, is nonetheless a mature production, rich with experiment and research, complete but still open to contamination, following multiple musical directions, fusing them in the nine tracks (all lasting less than six minutes) and converging in the last, short ghost track, uncanny and mysterious. G.S.