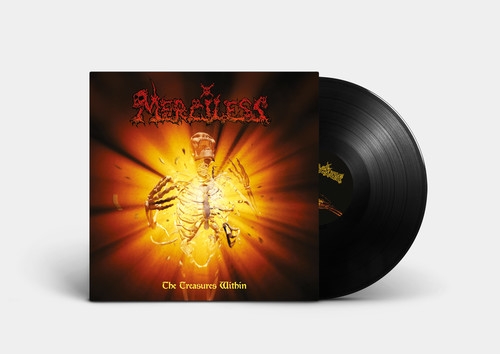 Limited 180gm vinyl LP. The Treasures Within is the second album by Swedish death/thrash metal band Merciless. It was originally released in 1992. Merciless is a Swedish extreme metal band. The band was formed during the summer of 1986 in StrĂ¤ngnĂ¤s, Sweden. They were inspired by the early fast-playing bands such as Kreator, Sodom, Destruction and Bathory. First they did some local gigs as Obsessed and Black Mass but changed their name to Merciless in early 1987. Their second album The Treasures Within was recorded in June and July 1991 but it was not released until a year later due to the mismanagement of their new label Active Records.