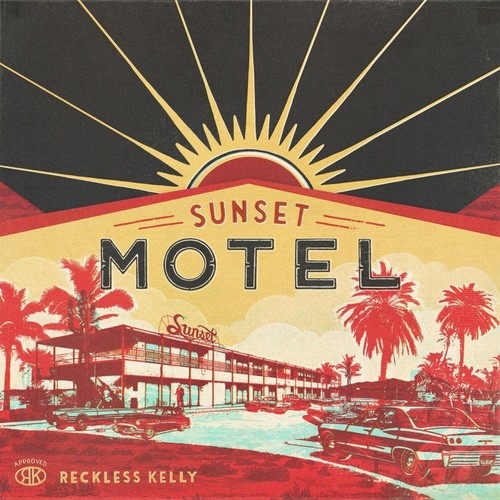 Beginning with Millican, 1998's self-released debut, Reckless Kelly emblazoned a reputation as no-nonsense insurgents capable of raising the rafters while still retaining the heart, soul and sentiment that can only come from honesty, soul and conviction. With every album that followed - Under the Table and Above the Sun (2003), Wicked Twisted Road (2005), Bulletproof (2008), Somewhere in Time (2010), the Grammy nominated Good Luck & True Love (2011) and the Grammy winning Long Night Moon (2013) - they've affirmed that commitment, not only in their devotion to essential Americana, but by emulating it's very definition as well. No individual or any ensemble, and certainly no poser or pretender better exemplify what that broad genre is all about than this band called Reckless Kelly. Nowhere is that more evident that on the group's new album Sunset Motel, an effort that effectively sums up their strengths while marking a new milestone as well. It's been 20 years since the group's founding, and while they've had to fight for wider recognition, fans, critics and contemporaries have been quick to sing their praises.