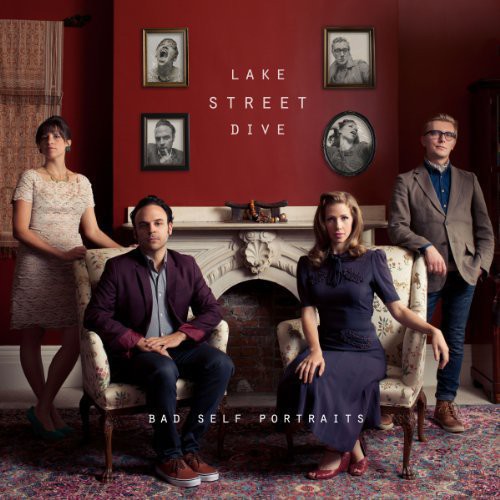 The new album, Bad Self Portraits, is a microcosm of Lake Street Dive's evolution of the band from a weird alt-country jazz group to a pop-soul juggernaut, that includes 60s influences like Brill Building girl groups, British Invasion rock, horn-driven Stax R&B, Motown soul and even The Band-like gospel blues.

Lake Street Dive has been performing for nearly a decade after meeting as fellow students at the New England Conservatory in Boston. It took a casually made video featuring the band gathered around a single mic, performing a cover of Jackson 5's I Want You Back, shot on a Brighton, Massachusetts, street corner to grab the public's attention their You Tube views now hurtling past a million.

Featured in the concert film Another Day, Another Time Inside Llewyn Davis" (Showtime)