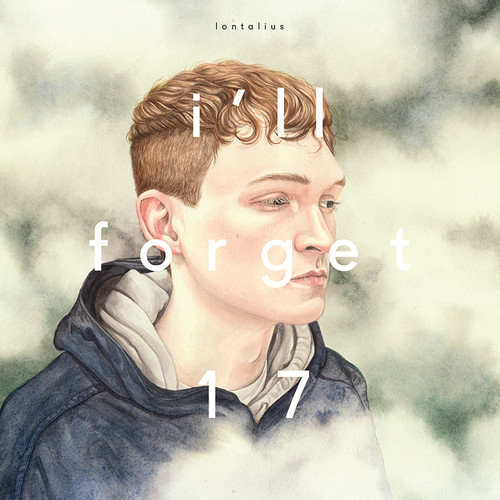 “You are moving so fast/ but I caught a glimpse of you,” sings 18-year-old Eddie “Lontalius” Johnston, on his debut album, I’ll Forget 17, out early 2016 on Partisan Records. “Feeling so sweet/ but then it goes away.” Like many teens, Johnston feels everything acutely: first love, the ephemeral nature of said love, the turmoil of the larger world as well as the need to experience that world.

Lontalius asks the existential questions that haunt all of us at that transitional age and couches them in these forlorn yet resonant pop songs. Listening to the teen’s strong debut might feel akin to stumbling across a teenager’s Tumblr page, where the jumble of feelings and emotions in their full array is on display. From Wellington, New Zealand, he’s garnered buzz and thousands of views on YouTube and Soundcloud for his poignant and measured takes on new classic pop hits but now he turns his focus squarely on himself, capturing his interior world and feelings at this vulnerable age. Johnston took strength and succor from a line in Frank Ocean's song “White,” even naming his album after it. “Being 17 felt like such an important year, maturing and falling in love,” Johnston says. “But hearing Frank say: ‘I’ll forget 17, I’ll forget my first love like I forget a daydream,’ it struck me that even though it felt so important to me, it probably wouldn’t feel like it in 5 or 10 years.” It became all the more important for Johnston to capture these conflicted, wistful, at times painful feelings while they were at their most resonant, traveling for the first time outside of New Zealand to Bristol to record with Ali Chant of Toybox Studios (PJ Harvey, Perfume Genius, M. Ward). Like most teens, Johnston’s musical tastes were mercurial, veering from Coldplay to the decidedly more alternative Radiohead, before he fully embraced pop music. Soon after, he began uploading hushed, forlorn covers of pop hits accompanied by an 808 and an old Casio MT-45 that a friend bought him for $2. In emulating his pop idols, he learned something about his own talents and abilities: “I found that covers improved my sense of melody. My voice isn’t amazing, but having to sing Beyoncé songs pushes you a little bit and widens your voice.” In posting up these covers, Lontalius’s buoyant take on Young Lean’s “Gatorade” found a big online fan in hyper-networked Canadian producer/DJ Ryan Hemsworth. Soon the two were collaborating on music, Lontalius’s voice gracing Hemsworth’s “Walk Me Home." “Ryan comes from this world I only really dreamt about,” Johnston says. “Having him put my cover on one of his mixes and then adding me on Facebook was like a dream come true.” He also has Hemsworth to thank for spreading the rumor that Johnston was a classmate of fellow New Zealander, Lorde. It wasn’t true, but both teens played along on Twitter and even met right before “Royals” blew up. “I was shocked that Lorde was the same as me,” he says. “She was still just a teenager interested in music. Seeing her incredible success was really inspiring. That doesn’t happen to New Zealanders often.” I’ll Forget 17 might be a case of lightning striking twice as the ten-song debut announces a bright new voice in pop. While fans of Lontalius might have admired the teen’s ability to find the sad sentiment underneath the pop exteriors, his emotional astuteness carries over into his original material. Despite making his name on sad renditions of pop songs, Lontalius is definitely happy at the moment, as now he will leave behind his bedroom in New Zealand to tour the world with a real band, including stops at New York’s CMJ Festival and Red Bull Music Academy in Paris. “I’m not really sad,” Johnston says. “I’m emotional, but I’m not depressed. I just like sad music.”