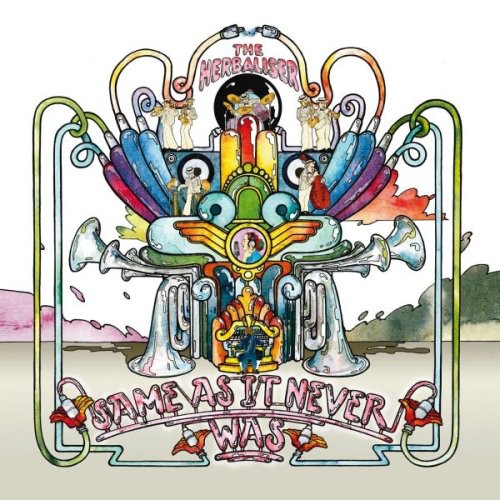 Same As It Never Was
Artist: Herbaliser
Format: CD
New: Not in stock
Wish

Blending hip-hop, sampled breaks, and jazz, The Herbaliser have, with their five Ninja Tune full lengths, remained star wars of the creative down tempo scene for more than a decade. On their latest album, SAME AS IT NEVER WAS, The Herbaliser hit a dazzling new peak. With a new label, a new main vocalist, and a new focus on soulful songwriting, this is their richest and most diverse record so far. A timeless modern soul record, that will appeal not just to specialist fans but also to a new generation seduced by the knowing pop-soul nostalgia of Amy Winehouse or Mark Ronson. Glossy and gritty, organic and eclectic, Same As It Never Was builds on the band's hip-hop roots with jazz, funk, R&B, pop and instrumental soundtrack influences. Hat starts off huge and just gets bigger.