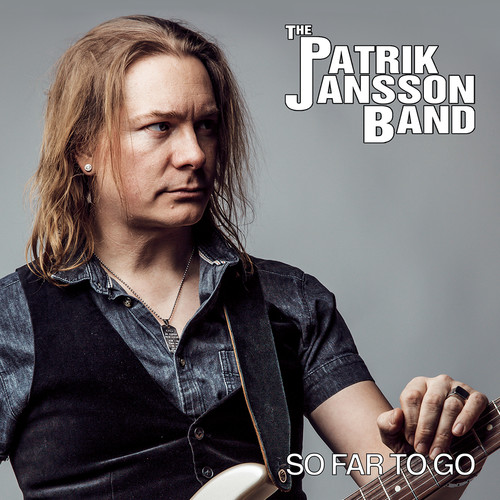 2017 release. So Far To Go is the third album from Patrik Jansson Band and the follow up to the critically acclaimed 2014 release Here We Are. PJB has further expanded upon their sound and while some songs are even more in the line of traditional Chicago blues, like 'Can't Get You (Out Of My Head)' and the blues ballad 'Those Days Are Gone', which best can be described as a mix of B.B. King and Walter Trout. There are on the other end of the spectrum the contemporary blues-rock songs like the first single 'Life Without You', a funky, groovy and highly energetic rocker. As well as the funky instrumental 'That 70's Thing' which brings to mind '70s era Freddie King. The common thread through it all is the focus on great songwriting and creating great melodies, arrangements and musical performances that makes each song stand on it's own. The all new lineup Includes Patrik Jansson on guitar and vocals, Gustav Andersson on Hammond B3, Fender Rhodes and piano, Martin Forsstedt on drums and Tomas Andersson on bass. The band chemistry is more apparent than ever and each musician's contribution as well as the songs themselves makes So Far To Go their strongest album yet.