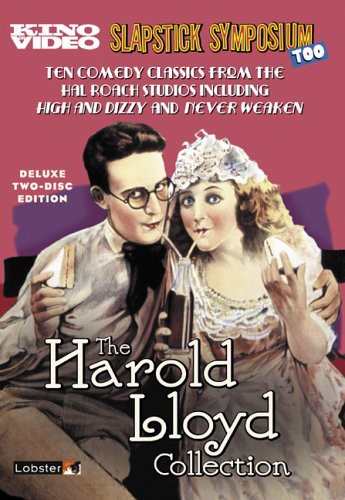 In this two-DVD collection of ten films, Harold Lloyd (Safety Last) demonstrates why he is ranked alongside Charlie Chaplin and Buster Keaton as slapstick cinema's preeminent funnymen. Lloyd is most famous for his aerial acrobatics, dangling from skyscrapers in High and Dizzy and Never Weaken. But his legendary status was earned mostly on the ground, where he crafted the persona of an endearing Everyman, whose pluck and determination rescue him from life's ordinary (and often extraordinary) pitfalls. Whether portraying a pampered socialite (Captain Kidd's Kids), a lowly bellhop (Ring Up the Curtain), Lloyd pursues romance and prosperity at a dizzying pace. His unwavering confidence and optimism combined with his remarkable speed, agility and impeccable comic timing made him one of the most beloved figures of the silent era.
This website uses cookies to personalize content and analyse traffic in order to offer you a better experience.
I accept Learn More
back to top