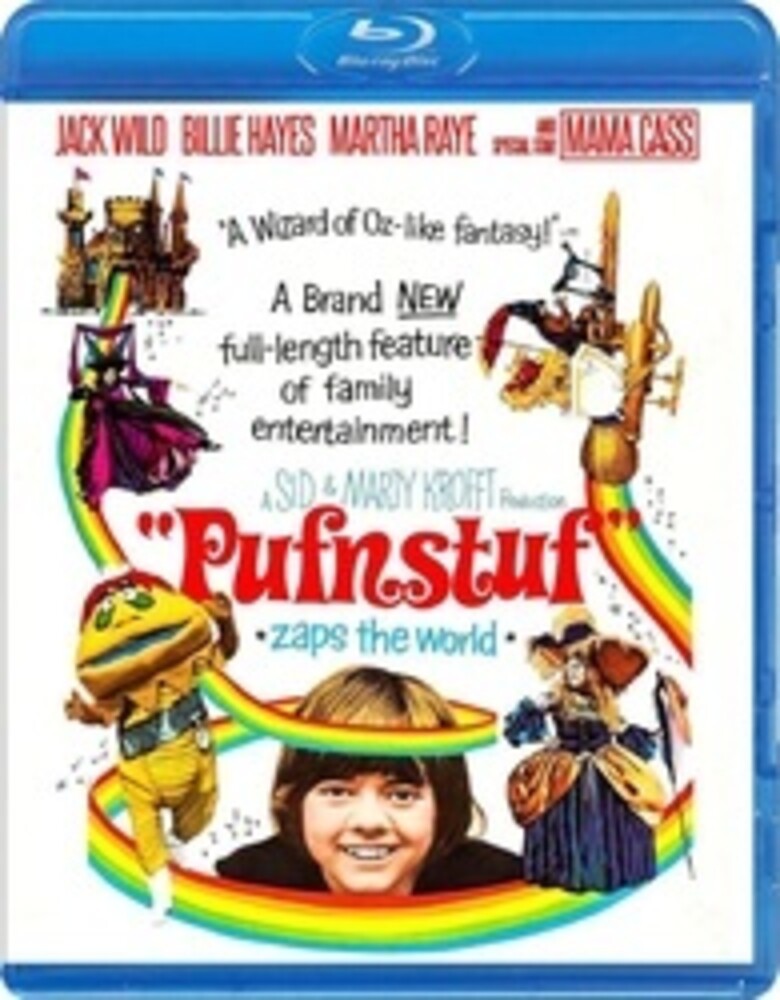 From Land of The Lost producers, Sid & Marty Krofft, comes a family comedy filled with mirth, magic and music. After a bad day at school, Jimmy (Jack Wild, Oliver!, Melody, TV's H.R. Pufnstuf) runs to the shore to play his flute, but he can't believe his eyes when his ordinary flute comes to life! When a magical talking boat appears, he boards the ship only to discover that it has been sent by an evil witch named Witchiepoo to keep him prisoner and take his flute. It's up to the fantastic dragon H.R. Pufnstuf and his comical companions, Cling and Clang, to come to the rescue in an adventure beyond anyone's wildest imagination. Directed by TV veteran Hollingsworth Morse (Zorro, The Lone Ranger) and co-starring Billie Hayes (The Black Cauldron), Martha Raye (Jumbo), Billy Barty (Foul Play), Felix Silla (Buck Rogers in the 25th Century) and music legend 'Mama' Cass Elliot.