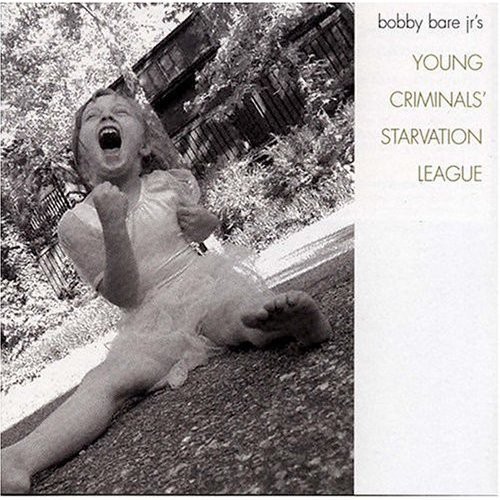 A pop-rock, post-punk platter of psychedelic melancholy. Yeah, that pretty much sums it up.

Named for his country music mainstay father, Bobby Bare Jr. continued the family'smusical outlaw tradition when he scandalized Nashville with his hard rockin'outfit Bare Jr. a few years back. With his latest release-a solo album-BobbyBare Jr. nearly burns down the house, pointedly addressing has-been rock stars,eccentric local characters, and even himself on occasion. He's a clown,but a soulful, sad-faced one, tripping over oversized shoes as his own teardropsobscure his vision. A 21st century variation on Townes Van Zandt's gut-wrenching'70s masterpieces, Young Criminals' Starvation League managesto simultaneously deliver scathing diatribes and loving tributes-oftenwithin the same song. "Thanks for nothing," Bare Jr. tells Pete Townsend-"Yourgeneration used up all the feelings/ If we rock it looks like we're rippingyou off." Yet a few verses later, he comes to his own conclusion: "Ido the best with the leftovers that I've got." Cynicism never soundedso good.