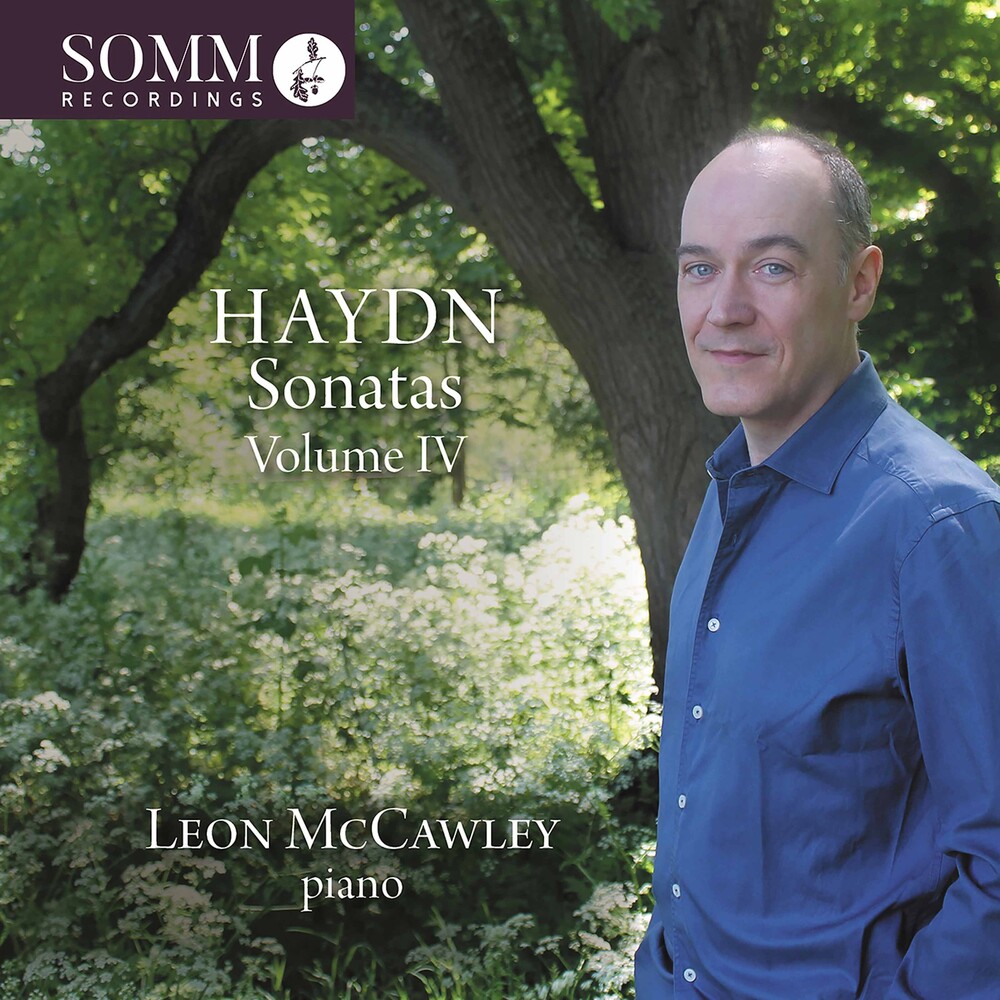 SOMM Recordings is pleased to announce the fourth volume in Leon McCawley's much praised series of Franz Joseph Haydn's Piano Sonatas. Six Sonatas spanning the years 1766-80 are featured: the earliest the miniature First Sonata in G major, the latest the E flat major Sonata No. 51, while Robert Matthew-Walker's fascinating booklet note charts how deftly Haydn balanced the expectations of others and his own creative ambition. "Intended more to entertain than engage the intellect", the fleet, divertimento-like First Sonata seems to anticipate the pedagogical leanings of BartĂłk's Mikrokosmos more than a century and half later. With it's unabashed galant style, the D major-led Sonata No. 30 is 'Papa' Haydn at his most quicksilver brilliant and delightful, while Sonata No. 35, in A flat major - "a masterpiece of piano writing" - displays striking characteristics of early Romanticism. Composed with the enhanced voice of the then newly available fortepiano in mind, sibling Sonatas Nos. 48 (C major) and 49 (C sharp minor) maintain a winning Classical poise even as one surprise after another see Haydn pushing the sonata form in new and unexpected directions. Volume I (SOMMCD 0162) received a coveted Diapason d'Or from Diapason magazine, which enthused: "What a range in his interpretation and how many layers of gradation! McCawley ties these together in a special quality of inflexions which make their point with great intelligibility and sensitivity". BBC Music Magazine declared Volume II (SOMMCD 0602) "should stand high on any list" of quality recordings of Haydn, adding "the sparkle of McCawley's touch is instantly apparent". Of Volume III (SOMMCD 0624) Gramophone hailed McCawley as "a thoughtful, keenly intelligent artist in peak form... [Haydn's] piano works an inexhaustible source of artistic riches. "
back to top