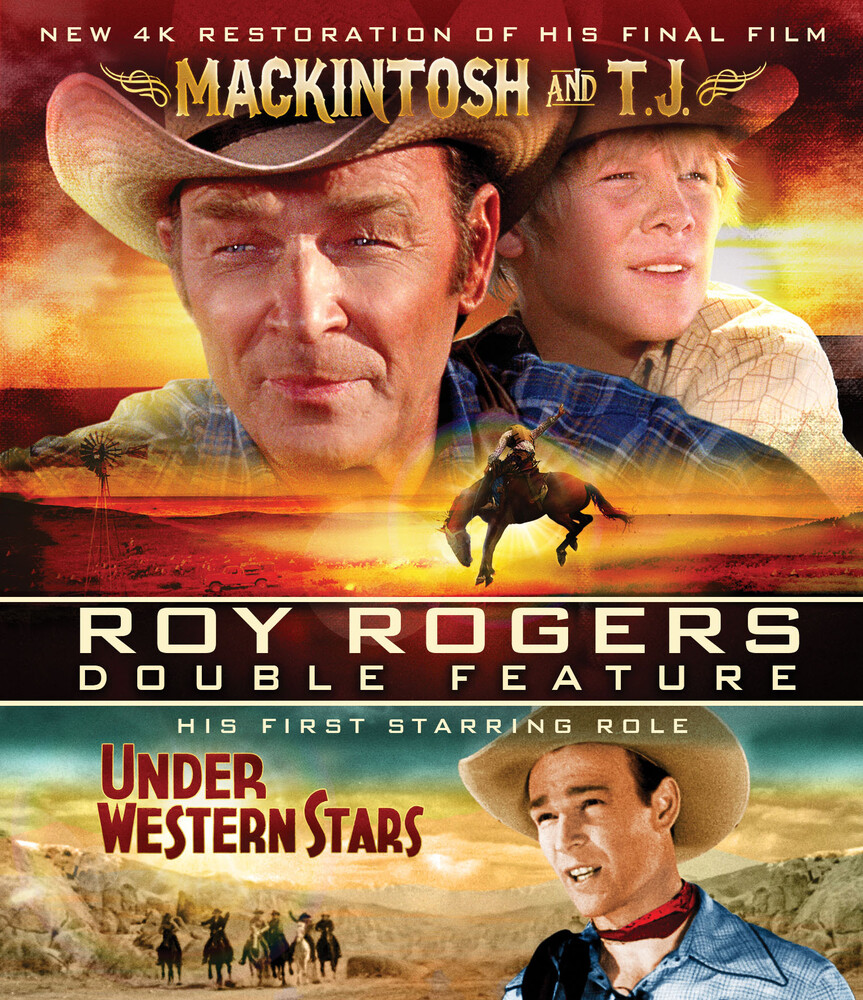 Verdugo Entertainment proudly presents this 2-Disc Collector's Set of Hollywood Western Legend Roy Rogers in his first and last films, "Under Western Stars" (1938) and "Mackintosh & T.J." (1975).UNDER WESTERN STARS (1938): In his first feature film, Roy Rogers stars as "himself" as he gets elected to congress in order to bring water to the ranchers in his district. In Washington Roy learns he needs the backing of a key congressman and gets that man to go west for an inspection trip, but whe the Congressman is initially unimpressed, Roy gets the inspection party stranded without water to show the true conditions.Mackintosh & T.J. (1975): In his triumphant final film role, Roy Rogers (Lights of Old Santa Fe) stars as Mackintosh, a migrant cowboy traveling across the West Texas plains in his rundown pickup truck. While looking for work breaking horses, Mackintosh befriends T.J. (future ProRodeo Hall of Famer Clay O'Brien), a runaway teen. The two form an unlikely bond and find jobs together at a cattle ranch where Mackintosh impresses the owner with his bronco-taming skills. Trouble, however, is on the horizon, but Mackintosh proves himself as a man who is not afraid to take a stand.
back to top