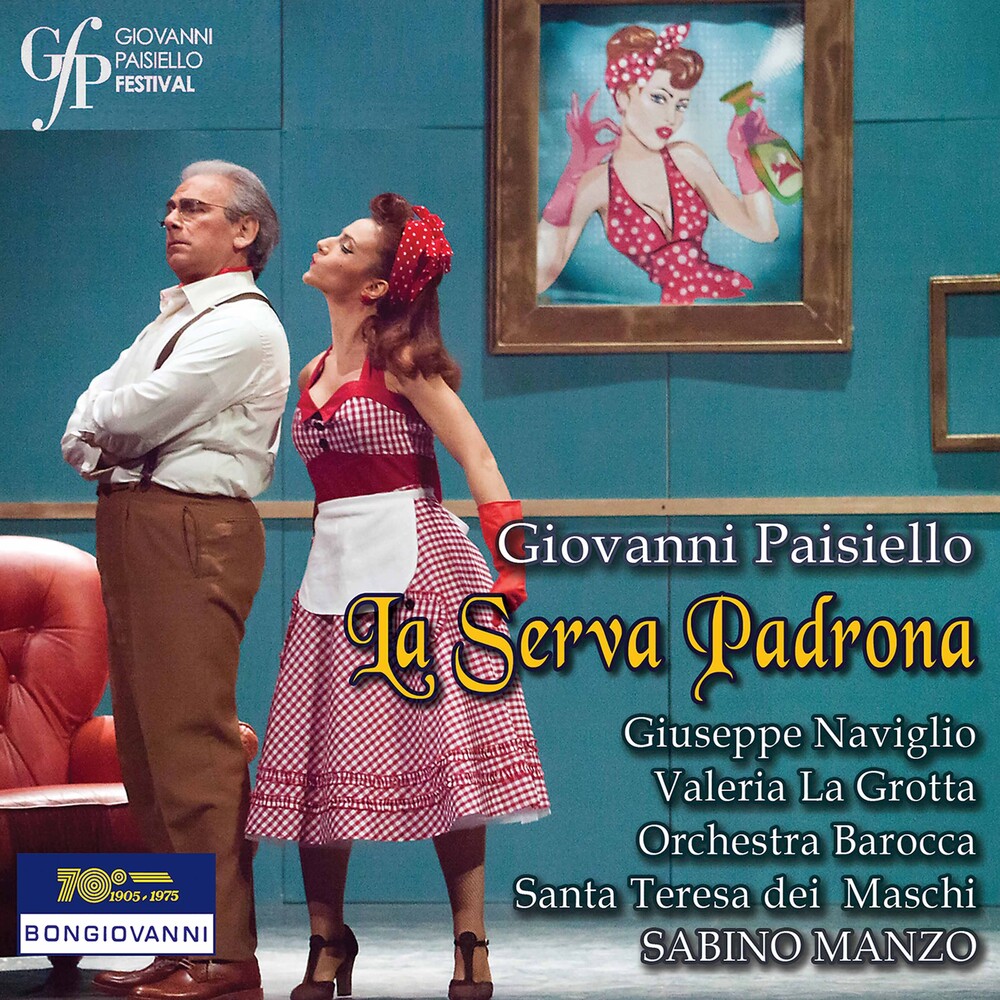 In setting La Serva padrona to his own music, Paisiello showed he knew he was a composer to be reckoned with and he made the point again when he revised Pergolesi's Stabat Mater. In Paisiello's La Serva padrona, the protagonist is given a new aria "Donne vaghe i studi nostri", (taken from Goldoni's Le Virtuose ridicole 1752), and two new duets, (authors unknown), are added, bringing the intermezzo closer in concept to opera buffa. The intermezzo for two voices was a defunct genre by this time but Paisiello decided to revive it: indeed, the composer was clearly adapting to the new, lachrymose style popular with middle-class audiences which had arrived with La Buona figliuola by Goldoni-Piccinni (1760). The present edition differs from other recorded versions in that it is based on an unpublished critical edition for performance with period instruments, pitch at 415 Hz and no cuts to the recitatives or pezzo chiuso numbers.