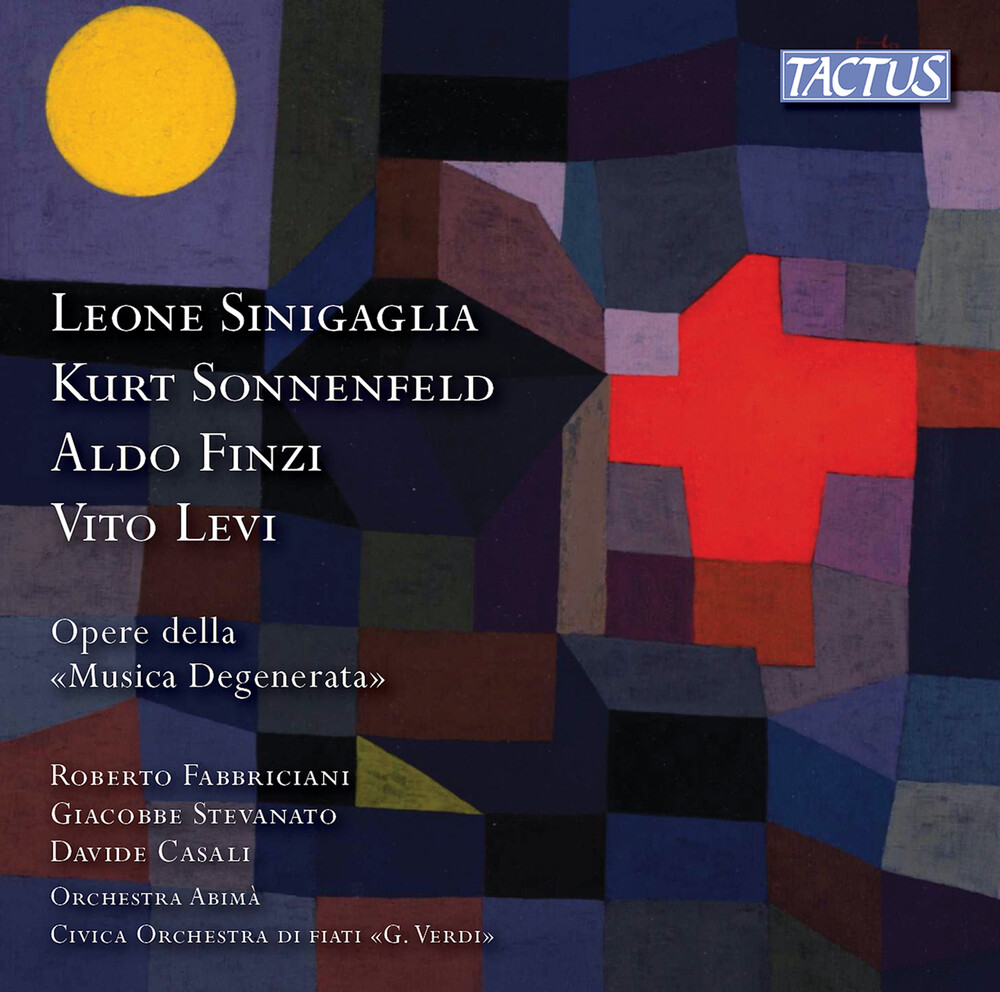 This record production was created thanks to the collaboration with the "Viktor Ulmann" festival in Trieste which features live performances of unpublished orchestral and chamber works dedicated to the rediscovery of those composers labeled as "degenerate" by the German National Socialist propaganda. With Hitler's rise to power the restrictive measures against the exponents of the "Entertete Kunst" ("degenerate art") and, in the name of an alleged defense of the order and values of the people, some prominent and high-profile personalities of the European artistic panorama were heavily persecuted. Just think that, in the pictorial art, entire movements such as Expressionism, Cubism and Surrealism were branded as "degenerate" and artists such as Van Gogh, Klee, Kandinsky, Mondrian, Chagall, and many others banned. Music could not escape this fate with the emblematic death by heart attack of Leone Sinigaglia in front of the Nazi-fascist who came to arrest him. Roberto Fabbriciani, Giacobbe Stevanato, and Davide Casali, accompanied by the Orchestra Abimà and the Civica Orchestra dei fiati "G. Verdi " are the protagonists of this particular music collection which, despite the adversities of the Nazi abomination, has managed to survive to the present days.