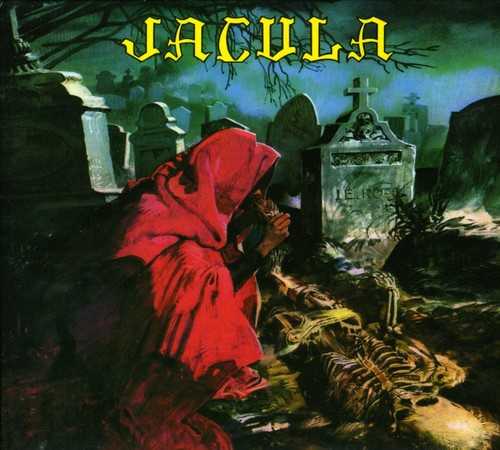 The Jacula mystic-psycho-dark band was founded by the eclectic philosopher-composer-guitarist Antonio Bartoccetti (Antonius Rex lead guitar), the musician Charles Tiring (church organ), and the experimental sound enginneer, vocalist and keyboards player Doris Norton... The band is considered by the international critics as "the most authoritative band of the deeper para-biblical mystic sound". The band is characterized by the unique para-psychological style of the works, esoteric messages, fight against pollution and against any kind of war and violence. Antonio Bartoccetti also is the founder of the Antonius Rex cult group. Jacula band released the albums "In Cauda Semper Stat Venenum" (1969) and "Tardo Pede in Magiam Versus" (1972). in the 2007 "Tardo Pede in Magiam Versus" is released as the "35th Anniversary Edition". It also includes the previously unreleased track 'Absolution' (song composed by Bartoccetti-Norton). The third Jacula album entitled "Pre Viam" will be released in 2008.