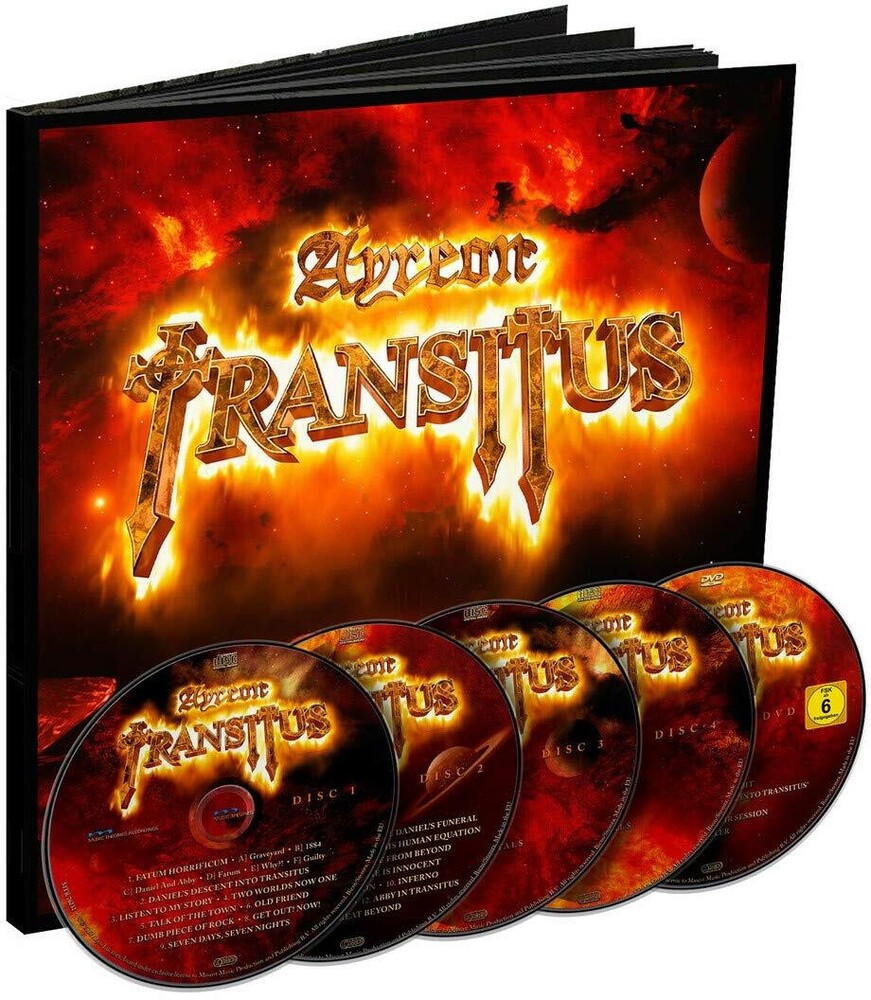 Limited edition box containing the album on two CDs, one CD with instrumental versions, one CD with guide vocal versions, and a DVD with bonus footage which includes a behind the scenes video, a videoclip, trailer, 5.1 and 2.0/24 bit audio versions of Transitus. Also includes a 25-page graphic novel, 2020 release. From the mastermind of Dutch multi-instrumentalist Arjen Lucassen, Transitus is inspired by supernatural movies such as The Others, The Changeling and Ghost along with the music of soundtrack composers John Carpenter (Halloween), Ennio Morricone (Once upon a Time in the West) and Jerry Goldsmith (Omen). Transitus is narrated by one of the most iconic and recognizable voices in sci-fi history, most known from his eight-year stint as Doctor Who, Tom Baker. As with any Ayreon album, it is an explosive and expansive affair and features Tommy Karevik (Kamelot) as Daniel and Cammie Gilbert (Oceans of Slumber) as Abby. The all-star cast also features Simone Simons (Epica), Dee Snider (Twisted Sister), Joe Satriani, Marty Friedman, Johanne James (Threshold), Noa Gruman (Scardust), Marcela Bovio (MaYan), Caroline Westendorp (The Charm The Fury), Paul Manzi (Arena), Michael Mills (Toehider) and Amanda Somerville (Avantasia, Trillium) amongst many others.